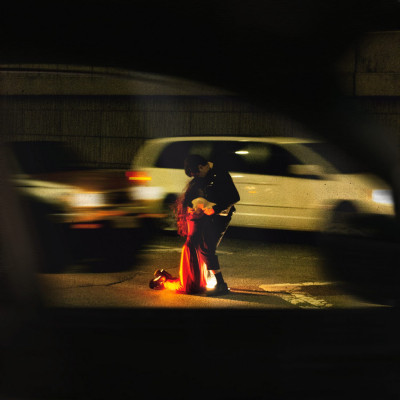 Finding an album these days for which you can say that it brings something really new and original is something you can probably count with your fingers on one hand.

On the album, Nayar’s primary sound source is her guitar, but the way she approaches this instrument is quite unique, picking and mingling techniques by any number of innovative guitarists, from Rhys Chatam and the Sonic Youth guitar duo to Christian Fennesz, and almost anyone else who picked up a guitar before and after.

But trying to discern where she picked up is a useless task as it doesn’t really matter, Nayar’s sound is truly her own and actually listening to ‘Tetramorph’ or any other of the ten tracks here is so intriguing and engaging that you don’t really care.

She creates sound spaces that haven’t been heard in the realm of post-rock, post-modern classical or anything post since Godspeed You! Black Emperor.

On the topic, Nayar says: “I both love and feel so wary of melodrama because its entire premise is to be uncritical. Taking your most massive emotions at face value feels so fraught when they partly originate with structures you can’t control, with structures you maybe even feel at war with.”

If this album spells melodrama, then melodrama hasn’t sounded so good in a while.