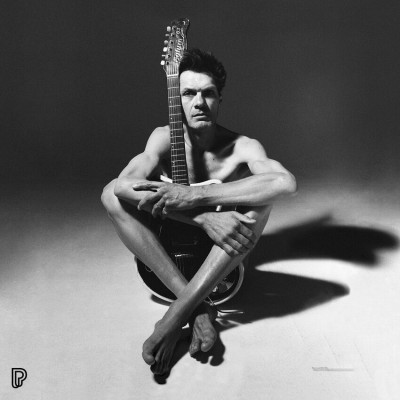 For those following music originating from the African continent, the name of French experimental guitarist Seb Martel might not be so unfamiliar.

Martel has played on a number of albums by such names as Tony Allen, Femi Kuti, and Manu Dibango. But, then, Martel has worked also with hip-hop artists like Blackalicious, as well as jazz and French chanson.

On his latest release, Saturn 63, Martel not only covers all the above genres but dives deep into the possibilities of all sounds microtonal, and that covers applying his extraordinary technique to avant-garde explorations (‘Tortuga’) to the skewed-up versions of classics (‘Blue Suede Shoes’) to, again, skewed-up pop (‘My Best Friend’), filling in the musical gaps along the way.

Actually, the title of the album and the connecting sound throughout the album is a German guitar with the same name – Saturn 63.  As Martel explains himself, “it’s a guitar with a rather extravagant look and a depth of sound that’s quite incredible.”

Still, there are other guitar sounds present on the album centred on the instrument collection of the Musée de la Musique in Paris and the Saturn 63 guitar is part of the collection. And as Martel adds, “I only use the guitars of the museum, the only instrument allowed, with the human voice being the only additive.”

What Martel comes up with on Saturn 63 is quite an extraordinary array of sounds, but sounds placed within a song and composition structure that make sense and fully enrich them.