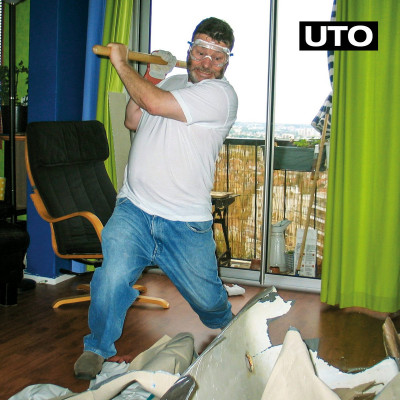 Touch The Lock by UTO

There are quite a number of artists out there from all corners of the world that don’t give a damn about what genre or category of music some piece of music is supposed to. belong to.

They hear or feel (or both) certain sounds, like them and try to shape them into something their own, genres be damned!

Very often it is a new artist or a band that brings us such musical ideas, and in this case, it is the Paris duo UTO and their debut album Touch The Lock.

Neysa Mae Barnett and Emile Larroche who comprise UTO began making music together in 2016 with their initial EP coming to light a year later, and another one in 2019.

While the two EPs, a set of remixes and a couple of singles showed solid promise, taking a bit of time to come up with a full-length seems to have paid off.

The dozen of songs here show more than just a promise, throwing into their combination of Portishead’s melody-oriented trip-hop and Stereolab’s take on motorik another set of elements, that range from all those prime 4AD dream pop releases like on subtle ‘Behind Windows’ to anything that tickled the duo’s fancy at the moment.

Yet, instead of making a mess of a heady combination Barnett and Larroche came up with, their mix shows both letting loose and restraint at all the right moments, confidence that graces only those artists who know exactly what they’re doing.