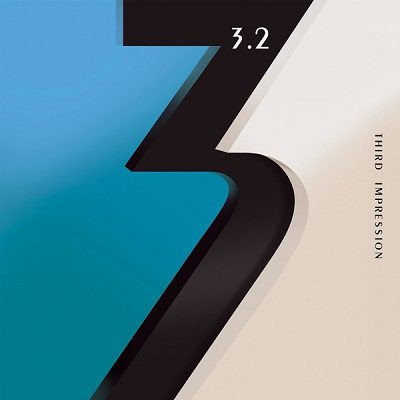 Four years after the release of The Rules Have Changed, Berry brought the circle of Keith Emerson’s legacy in full. It almost marked the end of an era between two friends who had that amazing partnership together as a team. But for Robert, he brings the 3.2 trilogy to a close. All good things must come to an end to bring that force together on the last hurrah with the Third Impression.

The themes on the album according to Anil Prasad’s liner notes, is about forward momentum and keeping the spirit of Keith’s legacy alive for younger generations to discover not just his work with The Nice, ELP, and the scores he did with Dario Argento’s Inferno and the ‘90s Marvel Animated Series Iron Man, but with 3’s music, it deserves a lot of attention to go inside that box to see what you’re missing.

Berry handles all of the instrumentations behind this bad boy. It gives him free-rein, carte blanche, and taking one last magic carpet ride to see where his life will take him in the years to come. The visions of going to war behind the ‘Black of the Night’, sees soldiers marching to the next battlefield with militant marching drum beats, fanfare keyboards with bagpipes, and where the next road will be after coming home.

Once you’re home, the effects of P.T.S.D (Post-Traumatic Stress Disorder), hits your brain nonstop. And bringing the war at home is not a lot of fun to see the damages to come inside the soldier’s head. The dystopian Orwellian universe and the conflict between Conservatives and Democrats, details a harsh world throughout ‘What Side You’re On’.

It has elements of Queen’s ‘Dragon Attack’, ELP’s ‘Paper Moon’ and Don Henley’s ‘Dirty Laundry’. Berry brings in this one individual who has to make a difficult choice at the very end on which side he will take, but ending with an abrupt cliffhanger twist.

Rising guitars and mountain-climbing keyboards on the ‘Killer of Hope’ details the struggle and aspiration to reach that spiritual search on who you are, after you went through this dangerous tightrope experience reflecting the past and the present before moving into the future while the tragic situations throughout ‘Missing Piece’ goes through the person’s demise of each situation he touches, ruins.

Not only he becomes his own worst enemy, he wants to remember the good times he had before going out with a bang. That’s the thing with Robert Berry, he’s a visual storyteller. He brings in these visual images to life throughout Third Impression.

He details each scenario of the character’s situation. Whether good or bad, it’s not going to end well. And the strong hooks keep on coming.
The final section on ‘The Devil of Liverpool’, goes into an organ attack channeling the late, great Jon Lord of Deep Purple as he tackles the Rod Evans-era. Berry lays down some of the ‘Hush’-like improv’s before slowing the tape down and then ending with horses galloping into the night.

He then takes a clean break from the previous heavier arrangements by going into a smoky, jazzy night club with a Steve Winwood approach by what we see on Cable News from MSNBC, CNN, and FOX News. You keep seeing the same shit on TV again and again until it becomes an ‘Emotional Trigger’ for you to turn the damn thing off and never see those images again.

Third Impression is the perfect ending to bring the 3 story in full. For Berry, it’s been one hell of a ride. And we give him that big standing ovation, he deserves.