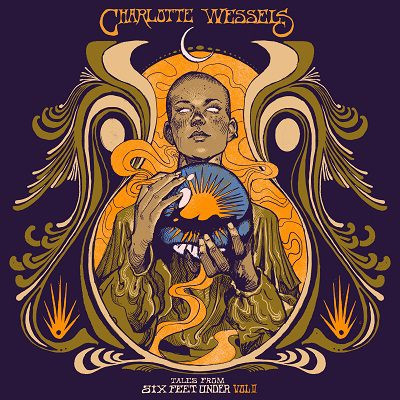 Tales From Six Feet Under Vol. II by Charlotte Wessels

Maarten Donders artwork says it all. The cover has that 20th century vibe, channeling the visual designs of the 1928 silent classic, The Passion of Joan of Arc. For Charlotte Wessels, she has proven herself that she’s more than just the former front woman of Delain. Branching out and going beyond the metallic sound with her follow-up Tales From Six Feet Under Vol. II.

Her latest release which is a continuation of the first volume, she recorded, sung, and the instrumentations were probably performed or programmed at her very own Six Feet Under studio, she’s brought enough fires on her Patreon community by releasing a new song each month. For Wessels, she isn’t taking shit from anybody. And she’s ready to kick a huge amount of ass like there’s no tomorrow.

Charlotte goes for the synth-flavoured popsicles as she details the ascending wonders between the Outside and Earthling-era from the diaries of Nathan Adler by David Bowie on the acoustic turned driven attack for ‘Good Dog’, and the opening anthem of Wessels laying down the law with an iron fist for ‘Venus Rising’.

But she hasn’t forgotten her metallic roots as its detailed from the operatic pop orientations with ‘Human to Ruin’, and an epic reflecting mirror to reveal the character’s dark side from ‘The Phantom Touch’. For guitarist Timo Somers who has been part of Delain since 2011, he lends Charlotte a helping hand. Not just on the second track, but ‘Against All Odds’.

This time, Charlotte dives into the oceanic cities of Tori Amos, Paul Simon, and Iron & Wine, front and centre with an uplifting melody in the midsections as she spreads her wings to fly across the landscape to take a breather, and view the world in all of its beauty.

The Mediterranean turned heart-beat thump-like arrangements, gives listeners a chance to Wessels unveil her extension of the vocal arrangements with cellist Elianne Anemaat into the Celtic styles of Nick Drake on ‘I Forget’, and the rain dropping effects throughout the parallel worlds of ‘Utopia’. Not to mention the nods on the Five Leaves Left album that she approaches on the final two compositions.

For Charlotte, she has taken a different approach on the new album by closing the two volumes in her book. As I’ve mentioned earlier, Charlotte isn’t just a singer, but a fighter, a boxer, and a woman who will keep the trains running for a long, long time. But the second volume of the Six Feet Under series, I hope there’ll be more in the years to come. 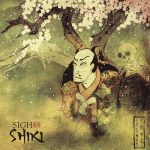