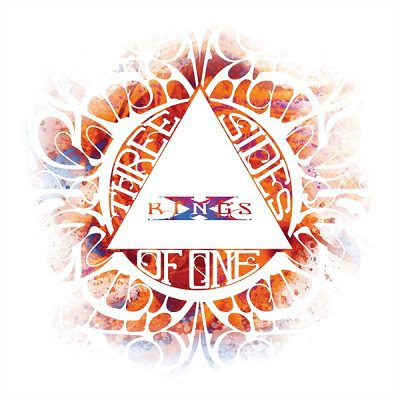 Three Sides of One by King's X

It’s been 14 years since King’s X have unleashed a new album after their 2008 release XV. It was the longest gap between their twelfth and their current thirteenth studio album from the InsideOut label called Three Sides of One, showcases the band’s return to action.

Despite the health issues, and the trio focusing between their respective solo or side projects they were working on, Three Sides of One shows a passionate return to the band coming back with engine’s running, and back into the battlefield once more. Tabor’s soulful and bluesy-like exhilarating improvisation on the final section on ‘Nothing But The Truth’, gets down to the Beatle-sque vibes and Lenny Kravitz’s 5-era.

You can feel his heart, his pain, and pouring his soul as he hits those notes so hard, dUg and Gaskill move back as Ty takes centre stage before the growling bass gets revved up with ascending streets, followed by the aggressive ZZ Top-like riffs to ‘Give It Up.’ It has a crazy midsection whilst the trio howls like wolves as they ride their motorcycles into the night before reaching those heavy climaxes that awaits them.

The droning Hammond organ and brutal-punk like sounds on ‘Let It Rain’, becomes a ticking time bomb, waiting to happen. As dUg brings in the soul/R&B styles on his vocals, the piece is transformed into a crazy-60s garage rock attitude on Paul Revere and The Raiders’ hit, ‘Kicks’.

I just vision King’s X listening to both Little Steven’s Underground Garage and the Nuggets box sets for inspiration to honor the proto-punk days in the mid-60s where bands used fuzztones, farfisa organs, and getting down to business. Then, they head into the route of John Lennon’s Plastic Ono Band between the mellowing acoustic touches on ‘All’s God Children’ and the powder-keg explosion of the ‘Festival’ waiting to happen.

Meanwhile, they dive into the psychedelia waters with a reflection of looking back into the Swinging London years by adding ascending midsections, funky-metallic riffs, Leslie speaker solos, and reflecting the good times during the ‘Holidays’ you had years ago as the trio enters the John Wetton period of King Crimson’s territory from the Larks’ Tongues-era, and the song ‘Junior’s Gone Wild’ from the 1991 soundtrack to Bill & Ted’s Bogus Journey, revisiting Junior’s adulthood by becoming the ‘Watcher’.

King’s X’s Three Sides of One has proven to be a welcoming return to show that the trio themselves have finally opened the door to reveal that their back with vengeance. It has been a 43 year ride from The Edge, Sneak Preview, and King’s X. Through good and bad, they never back down without a fight. And with Three Sides of One, they’ve come swinging.