(((O))) Review: Mordecai Smyth – Things Are Getting Stranger on the Shore 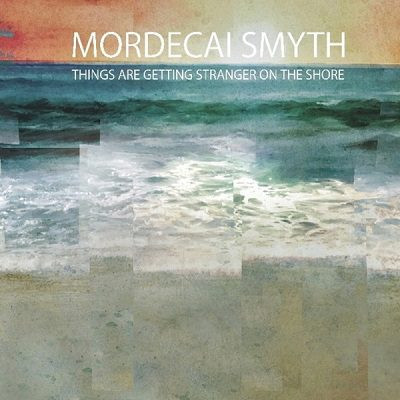 Things Are Getting Stranger on the Shore by Mordecai Smyth

Described by this next artist on the Bandcamp website, “Imagine Van der Graaf Generator on Quaaludes and you’re the way there.” That’s right on the money of the first artist who not only lives deep in the suburban area of Berkshire, but the first artist to be signed on the Mega Dodo label, eleven years ago. His name is Mordecai Smyth.

He has released so far two studio albums (Sticky Tape and Rust, The Mayor of Toytown is Dead) from 2013 to 2017. He takes inspiration from the late ‘60s and early ‘70s of the British progressive rock movement. He’s received critical acclaim on the American Goldmine magazine section of Dave Thompson’s, ‘Spin Cycle’.

With Things Are Getting Stronger on the Shore, Mordecai dives into the oceanic cities of wonder. It’s not just the four letter “P” word, but an alternate approach to the genre also. There’s a nod to the Netherland’s answer of the Canterbury scene with Supersister by channeling a trip-hop attitude from Simmonds’ drum work. It all starts off with the opener, ‘In Your Dark Space’.

He adds the textures on ‘No Tree Will Grow (On Too High a Mountain)’ from the band’s second 1971 release, To The Highest Bidder, and bringing the underground scenes of the red Polydor label to life. The psychedelia lullaby turned acoustic waltz on the ‘Fear of Flying’ brings its Beatle-sque atmospheres by going in Mordecai’s answer to his Yellow Submarine.

With ‘Mercy’, he walks into the territories for a split second of Stomu Yamashta before diving into another acoustic watery arrangement of unknown worlds while the mournful remembrance of ‘The Upholster’s Wife’ as it binds to Landmarq’s ‘Personal Universe’ before Deborah Pikes takes center stage with Renaissance’s Jon Camp by taking a trip ‘Out of Thin Air’ with arrangements inspired from Scheherazade & Other Stories.

Floating fretless bass lines, the sound of the carnival, and mellotron wonders of the signal that are waiting for us to join the party. The 15-minute epic ‘That Late Autumn Sun’ starts off with an English countryside acoustic walk home in the middle of autumn before the door is kicked down with blaring electricity of saying your final goodbyes with an appreciation from Tim Bowness.

And what happens next? Well, Crystal Jacqueline takes over on lead vocals in a shining form, preparing herself to go to battle. With Smyth taking a break, Crystal and her fellow comrade’s walk into Tomaso Albinoni’s movement in G minor for a brief moment as Mordecai brings out these Morse code effects for Crystal to come back to Earth.

The band members descends the storms of Julian’s Treatment, Catapilla, and a combination of Babe Ruth’s Jenny Haan and Earth & Fire’s Jerney Kaagman to close the track out in a blazing glory. Mordecai’s latest album is filled with twists & turns. But he’s brought enough energy by not backing down without a fight, and kicking a huge amount of ass that’ll make the radio DJs who do the top 40, cry home to mommy.