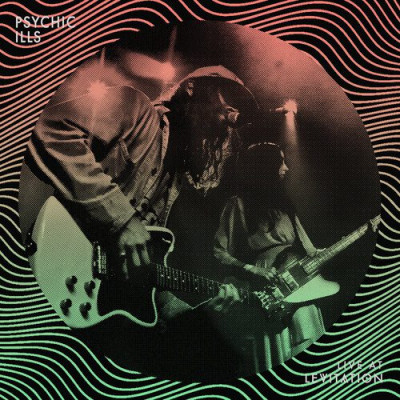 The Reverberation Appreciation Society (RAS) is one of those organizations bound to keep the psychedelic flame not only burning but burning as brightly as it possibly can.

To do that it organizes, curates and produces a series of Levitation festivals, in Austin, Texas, and Chicago, France and Vancouver, Canada.

At the same time, it operates a RAS record label that releases studio albums as well as recordings from all of its Levitation Festival Locations.

The record label branch just came with two new releases of live recordings one of which is Mind Daze, by one of the current psych heroes Psychic Ills (the other is by no less heroic Moon Duo).

If you haven’t heard much from Psychic Ills recently and have not followed music news closely, the reason is unfortunate, the early passing of Psychic Ills founder, frontman, and songwriter Tres Warren back in 2020.

Moon Daze is a recording of the Psychic Ills 2012 performance at Austin Psych Fest, catching the band at their live best.

Commenting on the performance, Hart notes that “The first thing that grabbed me when I listened to our 2012 performance at Austin Psych Fest is Tres declaring at the start of the recording ‘It’s good to be back in Texas’ because that simple sentiment captured everything we felt in that moment—the nostalgia and privilege of coming back to our home state for such an iconic festival.“

And you can feel that emotion Hart talks about this performance with Psychic Ills, at their live best, giving it all in their powers to maximise the audience’s psych experience.