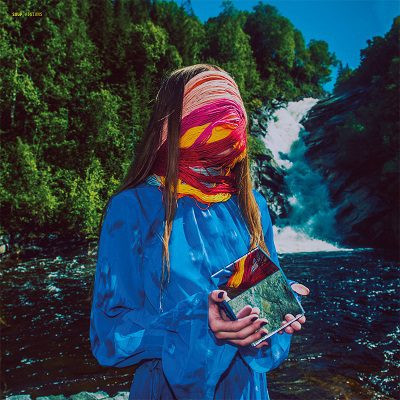 For nearly 19 years, Norway’s own Soup have captivated listeners on having their own sound, their own visionary designs, and their own technique that is beautiful and going beyond the horizon of the progressive genre. With five studio albums, one live release, three singles, and one EP, all good things must come to an end.

Last year, they released their sixth and final studio album, Visions. And what a proper send-off it is for the band to come full circle. For Erlend Aastad Viken who started Soup, he knows that the train must come to a stop and bring one final push on this beautiful swan song.

And with help from the Giant Sky Orchestra, it is time for that butterfly to go upwards into the heavens. The opening 15-minute track ‘Burning Bridges’ starts Visions off with a journey into the unknown worlds that the door opens itself to reveal where we go next.

It has an ominous approach that resembles early Floyd, Bo Hansson, and the Pink years of Tangerine Dream during their time with Ohr records in the first two minutes of the movement. The next section has this sun-shining lift by viewing the glimpse of a new day with a mellotronic bebop jazzy twist before it erupts from distorted guitars by lighting the fuse in a blazing, fiery heat on the arrangements they’ve made.

There are stronger vibes that Soup takes aspect from the De Wolfe Music Library adding the insanity, losing control of someone else’s mind, and the loonies taking over the asylum in a post-apocalyptic landscape with a terrifying end, not knowing where the characters in the story will go next in this terrifying climax.

‘Crystalline’ has a break from the storm as Soup members Langnes and Megard bring forth their acoustic guitars while Brox’s violin arrangements, give a sense of a mournful arrangement. It moves into a sunshine pop-like orientation for a brief moment before diving into the waters of Gazpacho’s Demon-era and Canadian unsung legends Klaatu’s production hanging in the mixing levels.

The first part of ‘Skins’ starts off with a gentle piano arrangements from Viken as he goes into the mystic caves and looking at the shiny diamond-like statues while the ‘Kingdom of Color’ channels the OK Computer-era from Radiohead as they enter an extended version of ‘Exit Music (For a Film)’ continuing where the song had left off, with a marching spaghetti western atmosphere as the tragic hero embarks his last stand among the crooks and corruption in the styles of Sam Peckinpah’s The Wild Bunch.

As the second and third section of ‘Skins’ closes the album, Soup embarks on their rocket ship, preparing for lift-off. You can imagine the band members fighting back tears as they get the engine’s ready, saying goodbye, and returning to their home planet with an emotional leap upwards to the Milky Way.

After finishing up with the Visions album, I began trying to think on how I should end the review. I did a lot of brainstorming ideas on closing up shop. And then I thought about the last quote from the 1977 Disney animated anthology, The Many Adventures of Winnie the Pooh, “Wherever they go, and whatever happens to them along the way in that enchanted place at the top of the forest, a little bear will always be waiting.”