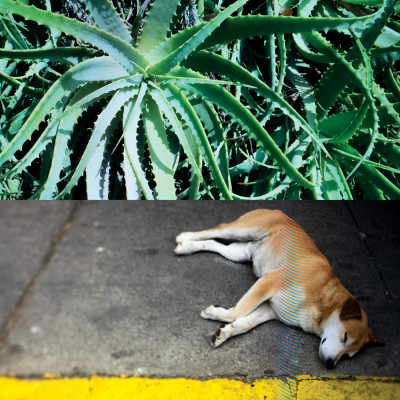 All The Things That Happen by Steve Bates

Winnipeg musician Steve Bates is perhaps best known for working with post-rock collective Black Seas Ensemble as well as projects with Timothy Herzog and Sophie Trudeau of Godspeed You! Black Emperor. He released some digital only releases on his own label, The Dim Coast. All The Things That Happen is his first effort on Constellation. In his one sheet, it mentions that he came from hardcore punk and migrated toward sound exploration. This release is both noisy and ambient, and there is a lot happening. I can hear the resemblance to fellow Canadian soundscaper, Tim Hecker. Bates pursued stripped down sound vignettes using the much loved Casio SK-1 keyboard sampler. He fed these sounds through different electronics, effects, amps, and so forth.

I will say, it is often difficult to review experimental albums like this one. I mean, even if you know the intent of the composer’s work, you will have your own interpretation of what you hear. And listening to this release is not simple. Opening ‘Groves of….everything!’ is a discordant jumble, and it twists and turns you around with its sonics popping up unexpectedly. Part of it sounds like a big machine lumbering along with its droning, mechanical sound, as well as an out of tune orchestra down a long, dim hall. This moves into a selection with a long title: ‘These problems are multiplied by the difficulty I have in front of a tape recorder’. I can’t be sure what this alludes to. The track itself loops repeatedly and offers a warbling, pervasive aspect. At its end, it becomes more radiant and emits a piercing warmth.

‘Glistening’ is overly long, and would work better in a short form. There are many layers here, and it’s like pursuing Easter Eggs on a hunt as another sound becomes evident. ‘Covered in Silt and Seed’ is a different, a welcome change of pace from the sonic maelstrom. The organ is mesmerising and repetitive. This too meanders, and midway through, other instruments join the fray. My musical spirit grasps for these alternate interludes, needing a contrast. ‘Destroy the palace’ starts with a funereal church organ, awash with melancholy and wonder. It morphs into a wall of fuzz, which is a trademark sound. The organ and feedback layers fold into one another and finally fade to a single instrument.

‘Glimpse an End’ rolls out like an unearthly carpet, tossing you into strange new worlds of whorled audio. ‘Bring on Black Flames’ will tear your senses to shreds. I was expecting something dark and fitting with the autumn, but Bates slams you against the wall, and I can almost envision where the hardcore aspect flits in. ‘September through September’ is mellow compared to everything else here, and it’s blessedly short. ‘We do not, nor to hide’ is the final piece, and it wars with the senses and I hear a backward voice track before it all shuts down. Steve Bates has created a nightmarish sonic universe (no different than our current global situation), one which will challenge and trip you up. Recommended for those who revel in the fuzz and drink in the palpable noises before succumbing to its siren song. Also recommended for fans of Tim Hecker.