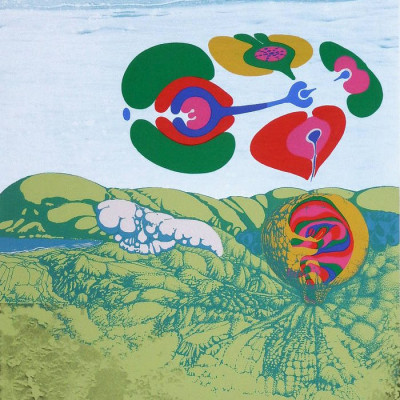 When it first cropped up back in the very late sixties and early seventies, krautrock was dismissed both as a joke and a passing fad. It, of course, started out with the name it was given by rock critics outside Germany.

Yet more than fifty years on, it is now established as a strong rock genre which you can place not only within progressive rock but crossing into other genres like ambient and post-rock, among others.

It is no wonder than that within the past decades krautrock has also crossed the physical borders, being favoured by not only fans but also quite a number of artists all over.

One such artist is Baltimore U.S.-based PJ Dorsey, who operates under the moniker of Tarotplane. After a number of releases, Dorsey has now come up with Aeonium, his latest.

To those following krautrock more closely, the title of the album might ring close to the title of Walter Wegmüller’s ‘Tarot’, one of the early classics of the genre. Oh, and the exact title of one of Captain Beefheart’s classics.

This just might not be a coincidence, because, by Dorsey’s own admission, he is always trying to emulate and get as close to the style and spirit of the originals like Popol Vuh and Deuter, for example. To that effect, here he’s even used as the cover image “DENKENDER EMBRYO72” (1972), a silkscreen by Gernot Bubenik photographed by Dorsey specifically for this release.

As far as the music is concerned, this time around Dorsey sought to accurately emulate the style and sound of Manuel Gottsching, guitarist and brain behind Ashra Tempel, another krautrock classic.

Yet, while attempting to emulate the original sound and spirit, Dorsey uses all his knowledge of krautrock to inject enough of his personal vision of the genre to take it not only elsewhere, but forward with the three quite exquisite ‘Kosmiche’ excursions.