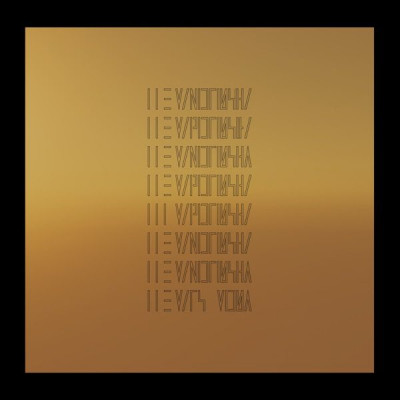 “If you love Jon so much, why don’t you go to fucking California and suck a bag of fucking dicks?!” Cedric screams at a fan, who was trying to ruin the moment during one of their improvisations. It is April 14, 2008 and I’m at the Bayou Music Center in Houston (formerly known as the Verizon Wireless Theater) seeing The Mars Volta at the venue when they were promoting their fourth studio album, The Bedlam in Goliath.

I was sitting in the nosebleed section (go figure) in the Theater as the lights dim down as the music of Ennio Morricone’s score to The Good, The Bad, and The Ugly is played as the fans cheer for the band to come onstage and give them a performance, they’ll never forget. Except for one unruly fan to spoil the mood between the band and its fans.

During this time frame, Thomas Pridgen became the new drummer of the band after Jon Theodore left the band to join up with Queens of the Stone Age, following the band’s 2006 release Amputechture. Now I don’t know the full details of what was going on during the mosh pits, but there was this nutcase who brought in an Orange poster that said something.

And for Cedric Bixler-Zavala, he went from red to purple. He tore the poster and ate a big chunk of it, like it was a giant portion of a pizza from the Big Apple. After he berated the person for bringing the sign, for good reasons, the fan said something rude or given him the finger, Cedric responded: “We’re going to have a good time, go fuck yourself!”

And they plowed on through the night. Cut to the next day, I had to find out what the poster said. I watched some of the clips of last night’s performance, and the poster said this, “WE MISS JON, BUT WE STILL LOVE YOU.” Now for that person, he made a big, massive mistake for bringing a sign like that. If you plan to see The Mars Volta live, whatever you do, Don’t. Piss. Cedric. Off. Big time.

Now it’s time to fast-forward of what happened. After the band’s break-up due to the friction between Omar and Cedric, following their sixth studio album Noctourniquet, Cedric formed Zavalaz while Omar focused alongside his solo career, launched his next project, Bosnian Rainbows.

Then in 2014, the duo reunited to launch their next project together called Antemasque, before closing shop in 2015. With the passing of keyboardist Isaiah “Ikey” Owens nearly nine years ago while he was on the road with Jack White and various rumors of The Mars Volta’s return, Clouds Hill acquired the rights of the band’s discography, followed by an 18-LP box set entitled La Realidad De Los Sueños (The Reality of Dreams).

Now in the year of our lord 2022, the band are back in action with their first album in over ten years, which is their seventh sole self-titled release. Kept in secret and recorded in about two years, the band are older, wiser, and stronger than ever.

With founder Eva Gardener returning on bass, longtime keyboardist and percussionist Marcel Rodriguez-Lopez, and new drummer Willy Rodriguez Quiñones. Contributors include jazz pianist Leo Genovese (Esperanza Spalding, Oscar Feldman) and percussionist Daniel Diaz Rivera, are there to lend the band a helping hand. Not only that, but it’s also dedicated to their fellow comrade, Isaiah.

Moving away from their experimental prog-rock hardcore texture, and moving into the ‘80s pop-like arrangement, their new album is a calming swift-like beauty that’ll tug your heart so hard, it stays with you, forever and ever. ‘Cerulea’ suggests the loss of a loved one, and trying to move forward with your life.

Heart beating pumps, sailing across the ocean, militant drum work, and the walls tumbling down one by one, the struggle gets more intense while ‘Vigil’ represents the ‘80s ballad between Kate Bush’s Hounds of Love and Ultravox’s Vienna period with an eruptive dance that is forming right in front of your very eyes.

Both ‘Que dios te maldiga mi corazón’ and the opening track ‘Blacklight Shine’ returns to the funky salsa grooves, honoring the spirit of Larry Harlow as Omar’s younger brother Marcel pounds the heavy beats on his congas by keeping in touch with Omar’s wah-wah’s and blistering fuzz tone textures. It shows that the band haven’t forgotten their roots in the genre by adding that spicy flavor into their arrangements.

‘Shore Story’ walks into the territories of 10cc’s ‘I’m Not in Love’ with a mellowing, ambient beauty from The Original Soundtrack while ‘No Case Gain’ has a quirky thump from Willy doing the intro to Bobby Pickett’s ‘The Monster Mash’ as Cedric and Omar have transformed themselves into ‘70s Glam Rock superstars with a post-punk appreciation.

Moving from one painting to another, The Mars Volta have constructed a peaceful serenity by proving listeners that they have a secure, vigorous, and bringing spiritual guidance that is waiting for us.