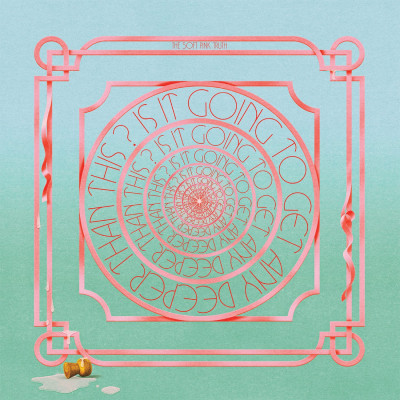 Is It Going To Get Any Deeper Than This? by The Soft Pink Truth

For the uninitiated (are there any out there?), The Soft Pink Truth is Drew Daniel, one half of the acclaimed electronic duo Matmos, a Shakespearean scholar and a celebrated producer and sound artist.

As is usually the case when members of a band do solo projects, Daniel wanted to do something that only touches with Matmos, and that is certainly the electronic part of the music he does as Soft Pink Truth.

Here, on Is It Going To Get Any Deeper Than This? Daniel presents his, quite sophisticated vision of disco, and explains:

“Years ago a friend was DJing in a club and a woman came into the DJ booth and asked ‘is it going to get any deeper than this?’ and the phrase became a kind of mantra for us. What did she really want? This album was created as an attempt to imagine possible musical responses to her question.”

Of course, that deeper involves Daniel delving deeper into other genres from jazz and ambient to even modern classical (minimalism to be more precise).

To adequately present his vision, Daniel employed quite a number of collaborators who play acoustic instruments, from piano, harp and woodwinds to string arrangements by Ulas Kurugullu.

To make sure everybody gets where he’s coming from here, Daniel concludes the album with a cover of Willie Hutch’s ‘Now That It’s All Over’ (which originally appeared on his soundtrack to The Mack.

Overall, on Is It Going To Get Any Deeper Than This? Daniel comes up with a disco for modern times, a true companion to LCD Soundsystem.