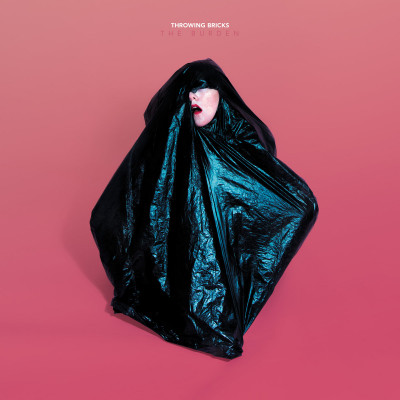 The Burden by Throwing Bricks

Throwing Bricks is a band that flows between numerous genres and second album The Burden continues pushing the aural scope of the band. From hardcore to sludge to post-hardcore, post-metal and even some post-black metal there is a juxtaposition of ideas which never struggle to sit within the same framework. The Burden is an almost brighter follow on from debut What Will Be Lost and contains an edge of positive reaction to the pain expressed previously. As an enjoyer of multiple genres Throwing Bricks continues to enthral and amaze at the journey each album can take.

The album opens like a sledgehammer and its crazy to think that the hardcore breakdown sounds of ‘Bricks Of Grace’ are slotted on the same album as the slow burning post-metal of ‘Endless Blockade’ and even spoken word in ‘Hall of Mirrors’ and ‘Safta’. Yet none of these alternative styles are that far removed when you travel through the album. The hardcore base has always been present in Throwing Bricks along with the pained vocal screams of Niels Koster and these sounds meld into the newer aspects on this album.

The spoken word does come as a surprise but ebbs in after a solid introduction in ‘Hall Of Mirrors’ and then weaves out to a heavier ending in ‘Safta’. Through the rest of the album the post hardcore sound is mixed with black metal a few times in tracks like ‘Clearly Awake’ and ‘The Burden Noose’ with glorious results. Whilst focusing on heavy genres the guitar often rings in a positive manner and this is especially evident at the beginning of ‘Doubt’ which is very reminiscent of Rinoa or Devil Sold His Soul at their cathartic best. However, as with many of the tracks the second half of the track is far different with metallic guitar squeals and darker riffs before bouncing back into the pattern from the start.

As well as mixing the dark and light aesthetics along with different styles the band really does pull off another album that makes its own path. The spoken word moments come as a bit of an unexpected twist but still don’t drag the album too far out of shape. The vocal delivery continues to be devastatingly heavy and all talk of positivity can still be clouded over by sections of vicious instrumentation. Throwing Bricks continues to offer unique routes to creating albums and I absolutely love the variety they offer up.