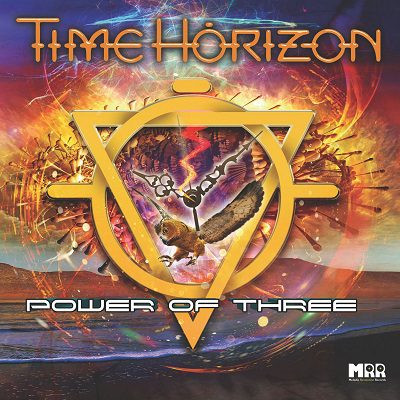 Power of Three by Time Horizon

When you look at the album cover of Time Horizon’s latest release done by Ed Unitsky, it takes you back to the golden years of the late ‘70s, early ‘80s from the arena rock bands who had incredible album covers. From Klaatu, Starcastle, Boston, Styx, and Kansas to name a few, it does bring back memories for Unitsky on reflecting the time when rock was powerful and right in your face.

For the Power of Three, their follow-up to 2015’s Transitions, they’ve brought enough ammunition by firing up the guns, pulling out the stop signs, and having a massive, bullet train that goes 200 miles per hour. Ralph Otteson, Dave Milller, Michael Gregory, Allen White, and Bruce Gaetke, they’ve brought the stories to life on the Melodic Revolution label.

The most mind-blowing things that are on Power of Three is that there isn’t a dull track on this album from start to finish. This isn’t a resurrection of the pomp rock scene, but Time Horizon has shown the appreciation and love they put together by bringing this album to life.

Allen’s atmospheric bass tones with a fretless-like groove on ‘Steve’s Song’, takes listeners into the world of spirituality, calmness, and reflecting the situation of losing a loved one. He brings a sense of tender and letting go of the past and present, and leaning into where the future will take us.

Both ‘Time To Wonder Why’ and ‘I Hear I See’ have a peak on the danger from what’s happening in the outside world with alarming Morse code effects between Miller and Otteson. One has a striking resemblance of Pat Benatar and the Merlin period from Kayak. The other, with an ascending detail on learning to disappear from Earth’s crust, channels Pete Townshend’s The Iron Man sessions.

They enter heavier riffs and spacey, brutal organ drives with a powder keg, waiting to explode as they view both the conservatives and democrats in an all-out war between each other for ‘The Great Divide’ as the opening track ‘Living for a Better Day’ is a flash forward segment for the brutal aftermath on what happens next, and where do we go from here?

It’s great to hear something that has land on your lap and have this incredible band from California, bringing enough fire and energy to the kitchen table. Time Horizon have it all here. They have begun to realise that they scored a huge home run by winning the World Series on the Power of Three.