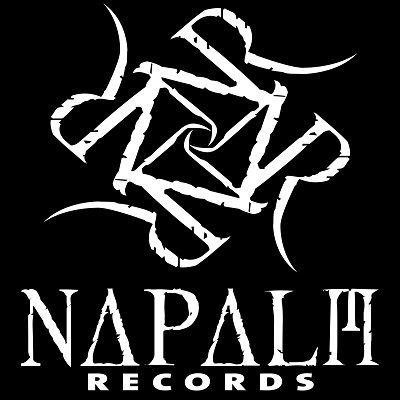 Well, it’s time to use our magnifying glass to see what lurks behind the digital sampler today from PROG Magazine on issue number 130 which not only covered Bill Bruford’s legacy between Yes, King Crimson, Genesis during the Trick of the Tail tour which featured Phil Collins taking over Gabriel as a lead vocalist in 1976, UK, etc. But this time they’ve taken a deep dive into the waters of Napalm Records.

Since their launch 30 years ago at their headquarters in Eisenerz, Austria, the label originally focused on the black and folk metal scene, ranging from bands such as Abigor, Summoning, Falkenbach, and Vintersong. It started out as a one-person operation in a cramped living room that would later become the label on what is today not just in metal, but in independent rock also.

Now years later, according to the Bandcamp website and in the issue from the magazine, the label handles GmbH headquarters, and has operations located alongside Austria, but two offices established in New York and Berlin. Since they focused the two genres, the label hasn’t just shied away from the genres and musical styles by opening its door to focus on new talent, widening their roster, and genre-focus from rock and metal bands and artists such as Powerwolf, Dee Snider, Accept, Hammerfall, and Candlemass to name a few, have been signed to the label.

But here on the digital sampler from PROG Magazine, it goes beyond those big names and takes a dive into the various forms of music that is waiting to be discovered. The big waving storm approaches for The Vintage Caravan as they bring their psychedelic doom with a bluesy, Zeppelin-like groove that’ll make you dig out your old records again you have in the cupboard for many, many years with an Opeth-like twist for ‘Whispers’.

Sweden’s own Hällas, goes for the epic-like organ and synthesised arrangements, and galloping turned melodic riffy guitars, headed its way to battle by approaching ‘Elusion’s Gate’. When you hear a track like that, it makes you think of not just of Tolkien’s Lord of the Rings trilogy, but the resurrection of the Marvel character Red Sonja who jumped ship to Dynamite Comics since 2005, is taking place in another land. And the brutal attack itself, is waiting around the corner for the main character to prepare herself to go into battle.

But once you go into these crazy races that await you from Andorra’s Persefone, they lay out all of those mind field’s waiting for its listeners to go into this dangerous challenge with intense riffs and melodic beauty for the ‘Merkabah’ to appear in all of its glory while Myrkur leads Me And That Man into this sombering yet dooming waltz on her ghostly arrangements for the ‘Angel of Light’ to appear.

When you listen to her voice, you couldn’t let go of the track because she sings beautifully, simply beautiful. Her vocal ranges makes the band walk into this chain gang-like song as they work and sweat in the middle of the hottest part of the day, across the highway. But its Charlotte Wessels leading the symphonic pack for the last ride with Delain as she lets it all out for the clean turned snarling attack on ‘Burning Bridges’.

Even though it was her final album with the band on 2020’s Apocalypse and Chill, she knows that she still has that fire inside her heart. And the epic-like powers that Delain must by moving forward, Charlotte adds a little pop orientated textures to prove that she and the band are more than having a symphonic approach.

My Sleeping Karma enters the post-rock approach of Mogwai with an organ and bass-like midsection to view the destruction of what the world has become during the lockdown as temperatures starts to reach its near maximum level on ‘Prema’ before Ukraine’s own newcomers Jinjer, leads a strong proposition to the genre by letting the beast out with a Melodic-like turned Monstrous roar on ‘Wallflower.’

Napalm Records has proven that they’ve come a long way since 1992. And to branch out by going beyond the metal sounds, it provides more strength and wisdom to give fans a whole new detail of music that has a door, already opened and saying to its listeners, “Come inside and take a look at what we’ve got. You’re in for a big surprise to be a part of the round table in King Arthur’s court. And this will be the soundtrack of your life.”