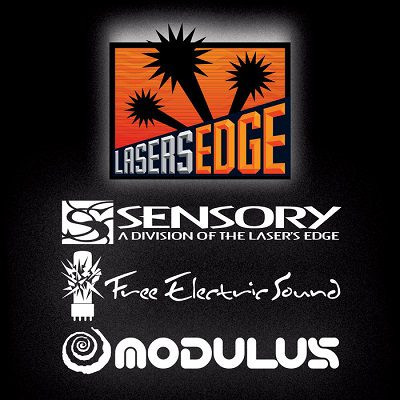 PROG Magazine keeps digging out more of the digital samplers once more. Whenever I would pick up an issue and find out which label they land on the map, I know it is something to keep my eye on for bands and artists to delve into. This time in issue 132, it’s one of the websites that I would go to since 2008, finding the best prog CDs, box sets, metal related releases, and reissues.

That of course is The Laser’s Edge. Since its launch 35 years ago, Ken Golden has kept the spirit of prog alive. Not just reissuing rare gems such as Spring and Secret Oyster, but he’s also has four in-house labels; alongside T.L.E, there’s Sensory which covers the progressive metal scene; Free Electric Sound, covering the fusion genre, and in 2012, he launched Modulus, which is a deluxe limited edition series focusing on the rare progressive sounds.

18 tracks on this digital sampler, there are so many bands and artists that I’m familiar with. It’s almost as if both prog and Ken have made me want to make a big wish list to see not just the bands I’m familiar with, but the ones that might peak my attention. And the enduring pieces on this bad boy, you need to prepare making a wish list once you dive into the pools of The Laser’s Edge.

There’s the anarchy textures of King Crimson and Heldon rolled into one with Het Pandorra Ensemble’s ‘Kanon Pittoresk’ from the III album originally released privately in 1978. This Dutch group have taken the aspects of both Fripp and Pinhas rolled into one. You have these incredible bass lines from Gert-Jan Blom, Santana-like midsections from Abraxas, and heavier cries, calling for the spirit of Terje Rypdal that Planteijdt brings to the forefront.

Meanwhile, the art rock thumper ‘Life Imitates Art’ from Discipline brings the pounding cries of Eloy’s Inside-era revealing the ‘Future City’ melodies with a Bowie-like approach from the Hunky Dory period on how music is important to the song while the Powering epic ‘The Last Eden’ from Everdawn, details the operatic love triangles that Cleopatra goes through as she tries to be the queen of Egypt, but with a price that she pays for.

Subterranean Masquerade’s ‘Somewhere I Sadly Belong’ is done in the styles of the riff from ‘Pictures of a City’ from In The Wake of Poseidon for an introduction, then it details the mournful yet organ, synthesised grooves turned into a brutal progressive death metal roar as Eye’s psychedelic hallucinations by ‘Searching’ into the ageless light, gives us a dooming continuation of where BigElf had left off on Into The Maelstrom.

Damnations Day are like a volcano, waiting to explode at the right moment, at the right time. With blistering riffs, pounding drum beats, and high-praising vocals to reveal the battlefield’s gruesome epic gore fest on ‘A World Awakens’, Ken knows his Metal very well by adding that spicy flavour to his home cooked meals and giving it an extra dosage of wasabi sauce!

Finland’s own Oddland adds that ladder climbing ascension to thumping basses, insane arpgeggiated guitar lines, and the search to find the inner self by walking into Haken’s territory for ‘Thanatos’ before White Willow goes into a spiritual meditation of finding the pathways to look forward into a brand new beginning with fanfare horns, guitars, and synth-like loops, and militant riffs on ‘Future Hopes’.

There was one that caught my eye on the eighteenth and final track from the sampler and that was New Jersey’s Phase from 1978. They play in this Riley-like texture, insane bass lines, hay-wiring synthesisers going bonkers, and intensive drum patterns that’ll make you want to think of Matching Mole, CAN, and Moving Gelatine Plates with Zappa handling the production levels.

Whether he’ll will cook up more ideas in the kitchen, The Laser’s Edge is one of those labels that’ll keep you guessing to see what kind of ingredients that Professor Golden has created in his secret lab. And the results are as mind-boggling and out of this world, it gives him the biggest handshake he deserves.