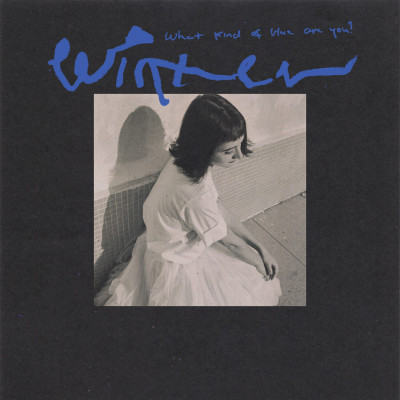 What Kind Of Blue Are You? by Winter

When shoegaze and dream pop became rock’s buzz terms in the late eighties and early nineties, many critics and listeners were of the opinion that they were merely fads that would fade within a few years.

Yet more than thirty years on, the two terms not only became fully-fledged rock genres, but they seem to be growing despite their early fad tags.

Boston’s Winter, lead by songwriter and vocalist Samira Winter, is one such band, and their second album What Kind of blue Are You? is sure proof that shoegaze/dream pop are rock genres that are still developing.

Before coming of age as a musician in the Boston indie-rock scene during the early 2010s, Samira spent her formative years growing up in Curitiba, Brazil, where her mother filled their home with the gentle melodies of MPB (música popular Brasileira), and her father introduced her to the distorted sounds of American punk.

And all those early sounds Winter was exposed to crop up here – the melodic and rhythmic changes of the Brazilian MPB, distorted guitar sounds, as they were refined by Kevin Shields and his My Bloody Valentine and their American twins Lilys, and Winter’s dreamlike, hushed vocals create both, an instantly recognisable sound and something quite individual and specific.

“I feel like I’ve come full circle, making an album that my 22-year-old self who just started Winter would love,” Samira says, “it’s my inner shadow girl, revealing herself in all her brokenness, despair and beauty.”

And it all shows in its full glory on one of the better shoegaze/dream pop albums of 2022.