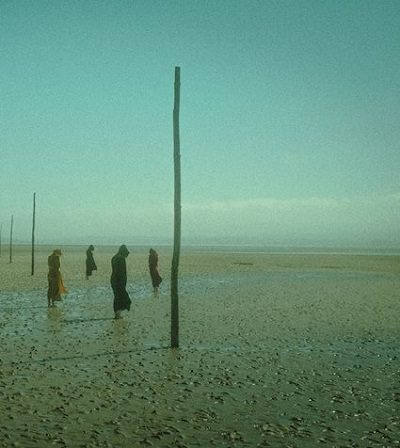 In All Her Forms by Devil's Witches

Just as you thought it was to get out of the cabin in the middle of the woods from the original Evil Dead, the Necronomicon has been resurrected. It’s bringing out more terror that awaits us from the realms of Glasgow’s response to the occult. That band is none other than Devil’s Witches.

Since they released their debut album Velvet Magic five years ago, Devil’s Witches have teamed up once more with Majestic Mountain Records when they released their 10” RSD collectable; Guns, Drugs & Filthy Pictures back in 2020 during the pandemic. Their second release, In All Her Forms, has proven to be their imaginative story brought to life.

Ominous, brutal, and doom-like concepts, mixed in with ‘70s prog and krautrock jurisdictions, Devil’s Witches bring out the big guns to add more fuel to the fire. Originally founded by the mysteriously Witchdoctor General, the band have moved on to honorary members into the fold by becoming the next cult rock explosion.

This album is a twelve-track exploration in four themes; Maiden, Mistress, Mother, and Matriarch. ‘Blood of the Witch’ has a lounge organ arrangement, followed by walking into the misty acid-folk-like forests while ‘Shadows in the Mirror’ becomes a darker nod to the Strawbs’ ‘Tomorrow’ from their 1972 release, Grave New World.

But it’s ‘Pussycat in a Woman’s Skin’ that’ll get you attention. There’s the wah-wah organ, fuzz-tone bass, and laid-back drum grooves. And the way it’s presented, it’s almost like a return to Amon Düül II’s Wolf City. Not to mention a jam session that Devil’s Witches presents. And it will make you dig out your old records from the underground scene in Ladbroke Grove.

‘Magic Mama’ sees the band, becoming a ‘70s glam rock society. I just love how they become an ascending mad hatter, honouring Marc Bolan & T. Rex’s golden era between ‘Telegram Sam’ and ‘Get it On (Bang a Gong)’ before accelerating into battle by confronting the evil ‘Queen of Wands’.

I have to say that Devil’s Witches took me on a ride that is ghostly, psychedelic, strange, and very menacing. The scene is still growing more and more to keep those engines going. And I bet there’s a lot more where it came from.