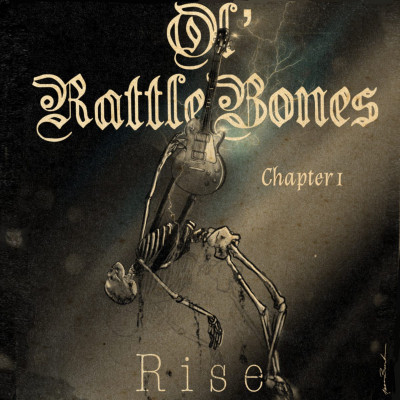 Guitar-driven, often loud rock has been both given and called names, from hard rock to classic rock to ‘too loud’ and ‘too old’.

Yet, whatever name it is given, or being called, it is still around and still quite popular with such big chunks of the audience that you just can’t label it as cult fandom.

One of the reasons for this may lie in the fact that loud, well-played guitars and gritty vocals supported by a tight rhythm section have obviously crept into the blood of almost all rock music fans, even those that don’t listen to hard or classic rock that often.

Simply put, if the radio or streaming service puts on some good hard rock, almost nobody will turn it down or change it.

Centred around some excellent guitar work by Michael White and quite gritty vocals by Chris Emond (Derek Dutra on drums and Darrell Vitali on bass, complete the band).

Throughout, Ol’ RattleBones don’t miss any single hallmarks of good ol’ hard rock, even when they tone it down a bit, like on ‘The Fire’. Yet, it could have all gone to waste if these guys didn’t have songwriting skills to match their playing and singing capabilities, all of which will certainly endear them to hard rock fans anywhere.