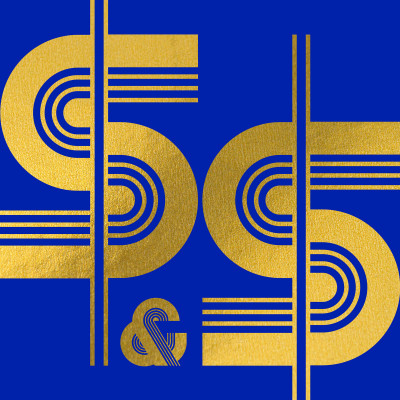 Right now, “You’re angry or annoyed.” These days friends, why not both? Kicking off New Confusion in over caffeinated style ‘Annoyed’ is an unstoppable roller, a satisfyingly relentless wave of blown out bass, carrying all before it and powersliding straight into your ‘best of’ playlist. Sketchy but reliable contractors, Shit & Shine have pulled off several versions of this trick before of course, and that’s why you love them, but ‘Annoyed’ is a particularly overwhelming new shake up of the familiar ingredients. Deep below its surface sickly detuned drones and hair metal guitar fight over the last of the damp drugs.

The plodding riff of ‘Cocoa Leaves’ is much calmer but agitated by vocal samples from an episode of Taxi. Louie (Danny DeVito) and Jim (Christopher Lloyd) discussing Latka’s cocaine laced cookies. It’s a pretty high profile choice as his use of such samples goes, pushing an idea out to see if it tips right over. They dominate the track and yet it somehow feels as if he didn’t quite make the most of it. For the rest of the record instrumental loops tend to take centre stage. ‘Miami’ is like a glitching lounge CD although the mood is hardly relaxed. There’s some great organ sounds on it, some bongos too but it might just have been at those cookies, caught in a manic loop.

This is more the general feel of the record, misfiring jazz wonk. ‘Shipped’ is mangled and fractured but works a similar trick, kept afloat by looping guitar licks. As it moves on the album gets slower and darker, writhing in the shadow of its opening outburst. Sleepless, itchy, and raw eyed. ‘Running Around’ revisits the “I hate this fucking machine” bit from Total Shit! amidst an uncomfortable backing that feels like the managed corporate street space out front of oversized buildings. Paranoid, inorganic, uninviting, a weird sheen over latent evil. Shuffling drones take on an edge of menace, ‘Park Road 1- C’ pulses with nocturnal dread.

The anxious fidgeting flares up on ‘Riviera’ as colours warp and run on strangled jazz club moves. The bass returns but there’s no happy end in sight. ‘Robbed’ is cinematic but nightmarish. The track’s ominous soundscape cut by raw edged whining anger. The moves on New Confusion will by and large be familiar to fans but it offers up a subtler twist on the usual chaotic bad vibes, less hedonism and more blank horror. It’s too bad the rest of it will be outshone by the incredible opening track but it also seems churlish to complain. This is not just dicking about with digital sound, it’s abstract but expressive music about the misery of our time. Poignant but not overbearing.