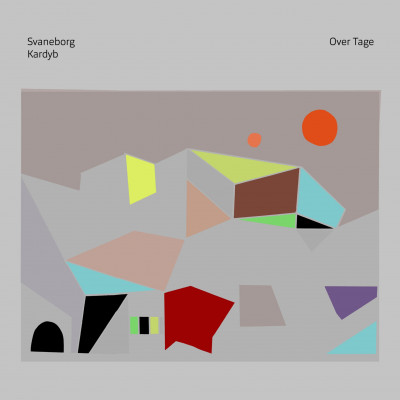 Over Tage by Svaneborg Kardyb

Making a personalized take on what is called library or production music is an intriguing prospect, as this quite specific genre got its name as it is music that can be licensed to customers for use in film, television, radio and other media.

Essentially, it is trying to make music that is supposed to be nameless, faceless, something quite personal, with an individual stamp of its own.

Whether that was the intention Danish duo Svaneborg Kardyb had for their third album Over Tage (Over Roofs) might not beg a firm answer but the duo certainly does create a set of atmospheric pieces that definitely begs to be paired with any set of other media experiences – film, TV, video, whatever.

Nikolaj Svaneborg (Wurlitzer, Juno, piano) and Jonas Kardyb (drums, percussion) do favour simplicity at first listen, but actually pile up these seemingly simple layers that, when combined, actually create quite a detailed and complex musical vision like od the exquisite ‘Fragt’.

As they explain, “We enjoy the simplicity and focus it gives to the interplay. We come from very different musical backgrounds; Nikolaj from Scandinavian jazz, and Jonas from Roots, blues and folk, so the music is a sum of our personal contributions and doesn’t thrive to be anything else than that. It’s quite unique for us to have this shared musical tongue and friendship”.

And as many have put it, making things sound simple is the hardest thing to do, and Svaneborg Kardyb can obviously do that with ease.