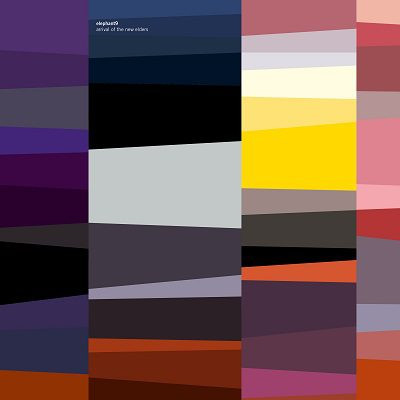 Arrival of the New Elders by Elephant9

Things aren’t happening around the backyard across the Mountains in the Norwegian landscape filled with wonder, mystery, and surrealism. But when the music starts to erupt, that’s where we get down to business. For Elephant9, they bring honor and justice to their embodied souls. With a lot of unexpected magic that comes out of their hat, you never know what to expect when you put their albums on from start to finish.

And they can bring it to the forefront. From Walk The Nile, their collaboration with guitarist Reine Fiske on Atlantis and Silver Mountain, to the Greatest Show on Earth, it’s like looking through a hypnotic telescope and seeing the world hallucinate right in front of your very eyes. Their latest album released last year on the Rune Grammofon label entitled Arrival of the New Elders, proves that Ståle Storløkken, Nikolai Eilertsen, and Torstein Lofthus have brought in enough groceries to cook a moody and hot-and-spicy meal that you will make you want more from what’s inside their kitchen.

While the comparison of the bands that inspired them hold up with them many years later, they’re not backing down without a fight. ‘Throughout the Worlds’ evokes a mysterious town that hasn’t been opened to the public for a very long time. Ståle plays like a Mundy detective, searching for clues to find out what happened to this once, beloved city, now a ghost town in the middle of nowhere.

He along with Torstein search really hard to find enough evidence to put the pieces of together through spacey midsections and meditated guidance that is needed throughout the composition. But it’s the cavernous ‘Chasing the Hidden’ where they began to realize something did happen. That’s where Torstein really turns up the heat gage on his drum kit while Ståle and Nikolai make the jump to sub-light speed for a brutal attack of the senses between each other.

They clash like crazy between keyboards and bass for a couple of brief moments. Then, they start to calm down in the boxing ring, knowing that the snarling beast is back in action with a trip-hop beat that’ll make you want to dig out the records from Andy Votel’s Finders Keepers label with Jane Weaver leading in as a conductor, keeping the trio in one place.

The opening title-track is like an opened book exploding right in front of your very eyes, and watching our solar system coming together as one as Stale envisions the beauty of Peter Bardens’ arrangements from the Moonmadness-era on a loop for the first minute and eighteen seconds. Elephant9 make this strange combination of oscillating twists, Indian tribal music, and laid-back chills to clear your mind from all the stress you’re going through.

‘Rite of Accession’ is where Elephant9 go into a swinging effect of the 1930s in a futuristic parallel universe where Torstein leads the charge on his drum kit. You can feel the pressure, the intensity, the galloping acoustic guitars, rain-dropping momentum, and crazy Mike Ratledge-sque improvisations with an eruptive mellotron coming over the horizon to create those string-like sections come to life!

There are nods to Crosby, Stills, Nash & Young’s Déjà Vu-era where they pay tribute to opening track ‘Carry On’ with its helicopter-like approach of the song, but they really get the job done combining it with Joe Maneri’s ‘Paniots Nine’ into the mix. And boy, the heat levels in the midst of the African jungles, are very increasing when they sweat like crazy!

Speaking of crazy, they return to the Italian ‘60s cinema with an action-packed scenery with ‘Chemical Boogie’. It makes a lot of good to use enough mellotrons to make our bellies full with some nods to the Profondo Rosso-era of Goblin, who are serving Jasmine tea to the Swedish duo, Hansson & Karlsson with an incredible jam session until the crack of dawn.

‘Solar Song’ closes the album with Elephant9 are given a chance to take a breather after going through a huge maze, and reaching the finish line, but with a cliffhanger-like twist. Bossa-nova grooves, walking home exhausted, and the job completed, they know that the mystery has only just begun. And the question that remains, will they finish the case once and for all?

The case will continue on for the Norwegian trio to make it towards the light at the end of the tunnel. And for Arrival of the New Elders, the evidence is right there, like a breath of fresh air, waiting to happen at the right moment, at the right time.