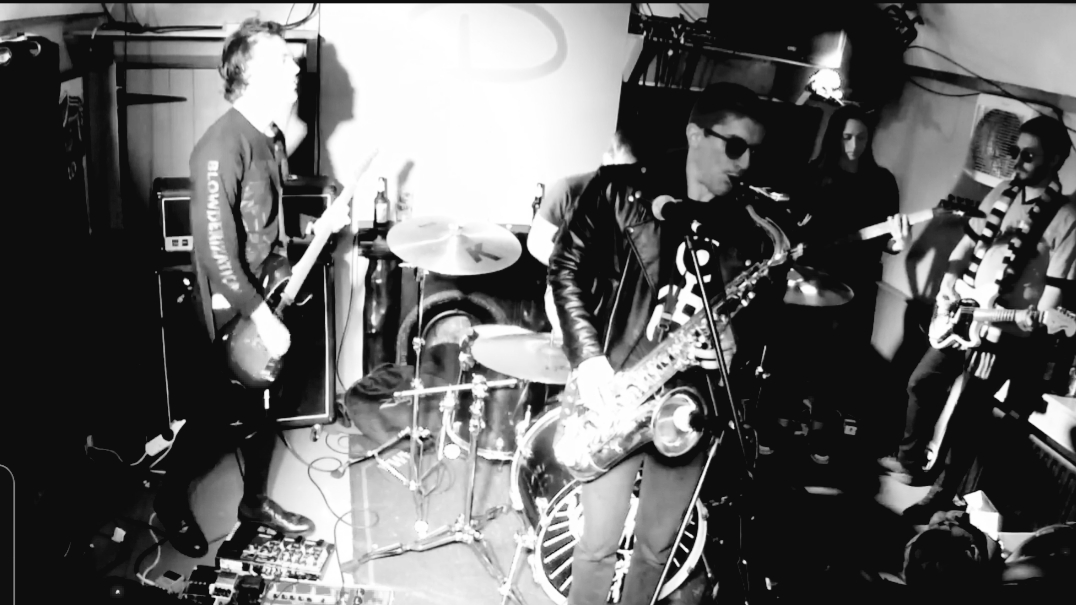 A maximalist blowout of sax-honking Noise Rock, Doom Metal, Hardcore Punk, and Shoegaze, with Industrial Noise, Howls, Paranoid Rambles, and pure disdain for oneself and the rest of you layered on top.

Indoctrination Sounds was conceived in various practice spaces in Digbeth throughout 2020 and 2021 and recorded at Ian Boult’s Stuck On A Name Studios in Nottingham in the Summer of 2021, despite the best efforts of a global pandemic. Will Killingsworth mastered the record at Dead Air Studios.

‘Serotonin Problem’ opens the record with a huge sludge bass-riff before the rest of the band pile in on top to create an all-encompassing and oppressive low mood that continues for the rest of the album. Next, we spiral down into the more open and atmospheric post punk of ‘Faceless Voices’ – the collective bad feelings of a nation in decline reach boiling point. Title-track ‘Indoctrination Sounds’, is a hardcore punk song regarding the clear and easily understood ways that humanity in the Western World is indoctrinated into the death-cult of capitalism under fear of violence, soaked in misinformation and conspiracy. ‘Revolution’ is a call to action as guitars shift and glide uncertainly around, in a menacing inversion of shoegaze’s dreamy safety. Side A is finished – a brief respite.

Side B opens with the more introspective ‘Let Down’, as the band play out a pounding homage to Iggy and the Stooges with Fenriz taking a turn on the drums. The drum intro to ‘We’re Not Gonna Take It’ gives way to a Rusted Shut bassline as the band turns their disdainful gaze to the violent pornography that is the 24-hour news cycle and reality TV in our video pewmiere, ‘Watch Them Crawl‘. The album closes with ‘Digbeth B5’, an improvised piece on the gentrification of Digbeth. During the pandemic one of the band’s practice spaces was turned into an overpriced ping-pong bar for yuppies. As our culture is softened and cleaned up to make profit, so are our communities and cities.