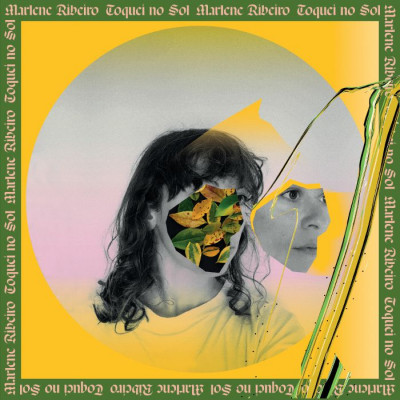 Toquei no Sol by Marlene Ribeiro

Marlene Ribeiro may be better known in certain circles as part of psych noiseniks Gnod, but she also has a history of sonic experimentation through a series of other projects including working with Thurston Moore. Here, she reveals her first solo album, Toquei no Sol, and those hoping for some more abrasively unforgiving noise may be surprised to hear that it is the direct opposite. Evoking a series of trance like states, Marlene has crafted an album of rather beautiful dream pop.

Full of intelligence and warmth, the music of Toquei no Sol washes over you like some cleansing ritual of sound. Crafting a beguiling opener in ‘Quatro Palavras’, you are immediately enveloped in a world of sanguine charm, as a spiritual naturism displaces you into a world of bird song. Mesmerising and hypnotic, it’s a clear step into a different world from what we may have been expecting from one so used to much louder sounds. As we drift into the more esoteric ‘Sangue de Lua de Lobo’, it’s free-form way inviting you into a calm reflection, you might even be tempted to raise the spectre of new age music. This is much more naturalistic though, and the human warmth channels a vein closer to Prana Crafter.

The title track, on the other hand, ushers in a sense of foreboding with a drum pattern drawing up tribal influences. Behind the music, Marlene chants and swoons almost indiscreetly as the rhythm gets more and more terse. The cockerel that opens up ‘You Do It’ is not just a new dawn, but also a weird evocation of a life lived far from the confines of urbanity. Its bewitching style brewing up images of ancient folklore driven from ancient rites. ’Forever’ drifts by in a laconic haze, punctured by the calm throb of instrumentation, creating a moment of hypnotic potency that feels like it may last, well, forever.

The tempo turns up a slight notch on final track ‘What It Is’, but only in so much as the instrumentation gets a bit busier. It’s a wonderful culmination to the music that has gone before, and its repeated refrain of the title builds to a carefully nuanced climax, before letting us slip off by slowly fading out. It provides a perfect circle for the album, and leaves the listener feeling quite refreshed from the journey. The quiet calm that exudes from Marlene’s debut is a suitable tonic for those looking for something to drift off too, away from the worries and concerns of these times. The album’s evocation of a natural world allowing a sense of freedom and peace to envelop you.