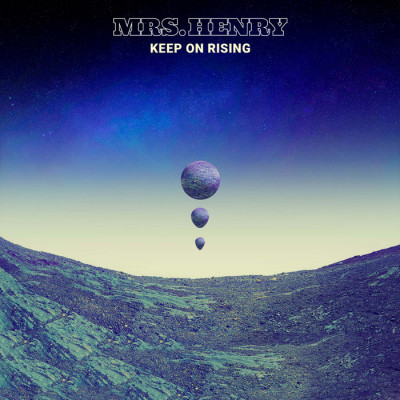 Keep Rising - Act II: Faith, Fate, and Hope in The Land of Nothing Matters by Mrs. Henry

Back in the late sixties and throughout the seventies, the so-called rock operas were the thing of the day.

Somehow, even though many of these included casts of thousands, usually very well-known names quite a few of those turned out to be shambles with very few musical or any other elements to remember the, by.

These days, rock operas seem to be a much rarer occurrence, probably because the artists were aware of the risks involved with such projects.

So, Howlin’ Rain guitarist Dan Cervantes just might be a very courageous man. With just three other musicians (members of his band as well as The Schizophonics and The Silent Comedy), he not only set out to record a rock opera but a three-part one, of which Keep Rising – Act II: Faith, Fate, and Hope in The Land of Nothing Matters is, as it name says, part two of an obvious saga.

So what have we got here? First of all, musical consistency. Cervantes and his crew stick to what they know best, hard’n’heavy psych/stoner rock that they combine with, as they put it, “brass, strings, woodwinds, vibes and percussion using a Mellotron.”

Yet with all the formulas associated with psych/stoner rock, Mrs. Henry is not afraid to experiment both musically and lyrically through this rock opera’s second part, with some quite intriguing results.