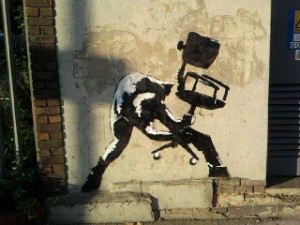 The real beauty of this album is that it blends in so many strains of heavy music so successfully.

As profound as you’d ever want a party band to get, Viagra Boys are the drinking man’s thinking band and right now they seem unstoppable.

With no backline, no intro tapes and no dancing mascots, hoods aside, this is as stripped down and unfiltered as metal gets.

With song titles like ‘Party March’, ‘Stöner’s Theme’ and ‘A Million Beers’ you know this album is about bringing the big, hedonistic vibes, and it does that in fine style.

Thankfully we know where we are musically, with this Chicago four-piece…who at times, unashamedly hark back to the golden age of U.S. alt-rock bands of the 1990’s.

Jesse is always looking to the bright side, to the future, to ‘Greener Pastures’ as he does on this record. There are absolutely no duff songs here at all. 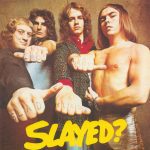 Reissued on vinyl, a chance to hear one of the UK’s greatest rock ‘n’ roll outfits at the top of their game. . .

I initially had this album down as a headphones-on-and-eyes-shut, blissed out type of slow burner, but then I played it loud on a proper stereo and it sounded huge! It is huge.

In what is becoming a signature move, Murry’s songs swing, rock and bop, whilst the lyrics remain extremely violent, hyper literate, full of wide ranging references and name drops.

Deathchant are certainly onto something, but at this point it seems too mercurial for them to take a firm hold off, constantly slipping through their oily mitts.

Seems like the more stressful times get the more music Ripley Johnson supplies to counteract them. 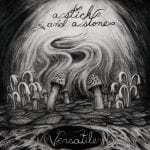 Don’t expect it to sit cosily next to your Candlemass records. This music is strange, sometimes difficult. It’s thrills are small, the songs are little secrets, slowly revealed. 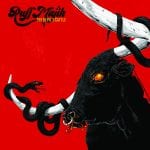 With The Devils’s Cattle Ruff Majick have made a great couple of albums. You may consider yourself lucky that it’s buy one get one free.

Some fans may miss the gospel and good times of the bands more Southern rock stylings and the ultra-polished production won’t be to everyone’s tastes, but those issues shouldn’t stop hard rockers of any persuasion appreciating a very fine classic rock album. 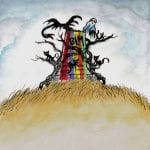 The New OK, is not neat and tidy, or definitive or entirely in its right mind – it’s a product of its times, but as such is just what we need. This band speaks for decent, downtrodden people everywhere and has a heart the size of Alabama.