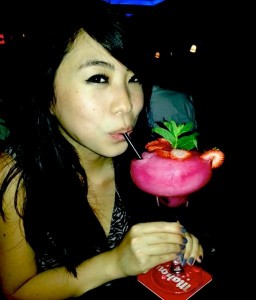 My name is Ginnia and post-rock is my passion.

Born and raised in Bangkok, I moved to the UK for University in 2006 and am now a proud Londoner.

The moment music took over my life was when I first put a finger on a piano key at 5 years old. Unfortunately, while growing up in Thailand in the pre-Internet days was the most incredible experience, the one thing I struggled with was the lack of access to music that spoke to my soul. Despite painting my nails black and declaring my undying love for all things Limp Bizkit and Linkin Park – the most avant garde music on the radio back then! – saying â€œalternative rockâ€ was my favourite genre of music never really rung true deep down.

My day of discovery came when watching an advert for David Attenboroughâ€™s â€œPlanet Earthâ€ in the UK. I was dumbstruck by the glorious sounds accompanying the images on the screen â€“ and after trawling the Internet I finally found that Sigur Ros and The Album Leaf were responsible for the eargasm I had experienced. There was no turning back â€“ from there my love for post-rock grew to encompass all things musically extraordinary.

A lot of people seem to find post-rock â€œboringâ€ or â€œsameyâ€ despite sounding beautiful. But being a classically trained musician, I appreciate technical skill just as much as aesthetic beauty, so Iâ€™m really pleased to be able to share my ideas on music with the Echoes and Dust readership.

Today, youâ€™re likely to find me spending my precious earnings on either shoes or gigs (donâ€™t judge me!), doing my day job (PR manager for technology companies), or helping the Step Sideways crew publicise their DIY nights for up and coming post, prog and math rock bands (see you there?). 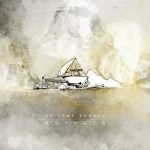 It would be a shame for this album to be tossed aside because the story is lost on a casual first-time listener. If you’re a fan of As Seas Exhale’s previous work, you will enjoy this latest record. Otherwise, wait until you have that hour and a half – the time investment is worth it. By Ginnia Cheng 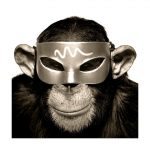 Truly a great example of how to produce a prog, math and post-rock record that allows you to appreciate a band’s technical skill while being a beautifully evocative musical exploration of the genres combined. By Ginnia Cheng 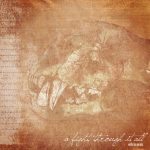 White Lion Parade – A Fight, Through It All

Once the record’s finished, you realise it’s not just an auditory experience that the band has taken you on – it’s a very clever album that stimulates your mind, a rare treat in today’s crowded post/prog scene. By Ginnia Cheng 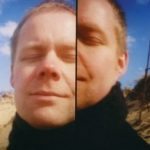 This is undoubtedly one of the most incredible concerts I’ve been to. Having watched all sorts of performances at Royal Albert Hall, from symphony orchestras to Cirque du Soleil, never have I seen a crowd so spellbound and delighted as Richter’s audience. Even if you don’t think post-classical is “your thing”, if you love music at all then I implore you to catch him in concert the next time he graces your city. By Ginnia Cheng 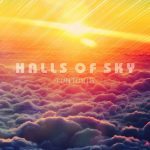 The record deserves a listen and is certainly not one to be disappointed in if you’re an existing Tunturia fan. But for those who weren’t already, I’m not sure this is the album that will turn you into one. By Ginnia Cheng 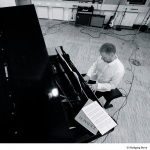 “This Saturday 4th October marks the tenth anniversary of Max Richter’s most critically acclaimed album “The Blue Notebooks” – possibly the finest example of electronic and classical music combined. In celebration – and what a celebration indeed – he will be making his Royal Albert Hall debut, performing both “The Blue Notebooks” and “The Four Seasons Recomposed”, his impressive take on Vivaldi’s masterpiece, alongside the Royal Philharmonic Concert Orchestra and famed violinist Daniel Hope.” – Ginnia Cheng 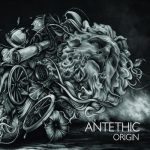 A dependable post-rock production that might not stand out from the crowd but contains moments of brilliance. By Ginnia Cheng