For some years now shoegaze bands, lead by the like of Nothing, Whirr and, arguably, Deafheaven, have been bringing the heavy but it seems in 2017 it stepped up (or down, as it were) a notch and Doomgaze became a fully fledged ‘thing’, with a number of bands merging the heavy as sin bedrock riffing of Doom and the drifting melodies of Shoegaze and Slowcore.

Nowhere has this blending been better showcased than on our writers’ number one pick for 2017, the frankly astonishing debut album from Denver’s Palehorse/Palerider. Voted for by 21 of the 58 writers that took part, with an unprecedented 9 first placings, and described by Rich Buley as the “quintessential essence of doomgaze” and “one of the most stunning and original albums I have heard for quite some time”, it is a rare record that has bridged the musical divide between the metal and non-metal writers on the site. That it came out in February and still endured for so many people and the fact that it’s a debut record, the first such to top our chart since What The Blood Revealed back in 2012, is a testament to its exceptional quality.

Overall, 2017 has been another outstanding year in our little corner of the musical world. Despite the rare display of consensus at the top end of our chart, with Amenra and DVNE also receiving a large number of nominations, below that variety abounds with 627 different records submitted, up from 587 last year. This is the tenth annual poll and I am never less than staggered by the amount truly great music out there. Explore the full results below.

As ever, I want to give a shout out to the tireless folk at the labels and PR companies that provide us with all this wonderful music, the bands and artists themselves who put their blood, sweat, tears and cash in to making it and of course the writers who give up an insane amount of their spare time to pen the words we post. Special props to Sander, Magda & Charlie without whom I would have gone insane and given up a long time ago.

This year we have posted 804 reviews, 142 interviews, 130 live reviews, 104 photo galleries and 26 feature pieces. Quite extraordinary for a site that relies so heavily on the free time of our ridiculously dedicated band of musical explorers and the kindness of strangers to exist.

Lastly, we would like to thank you, dear reader; and the 320,000 other good souls that have come to sample our wares over the last 12 months. It would all be a bit pointless without you. 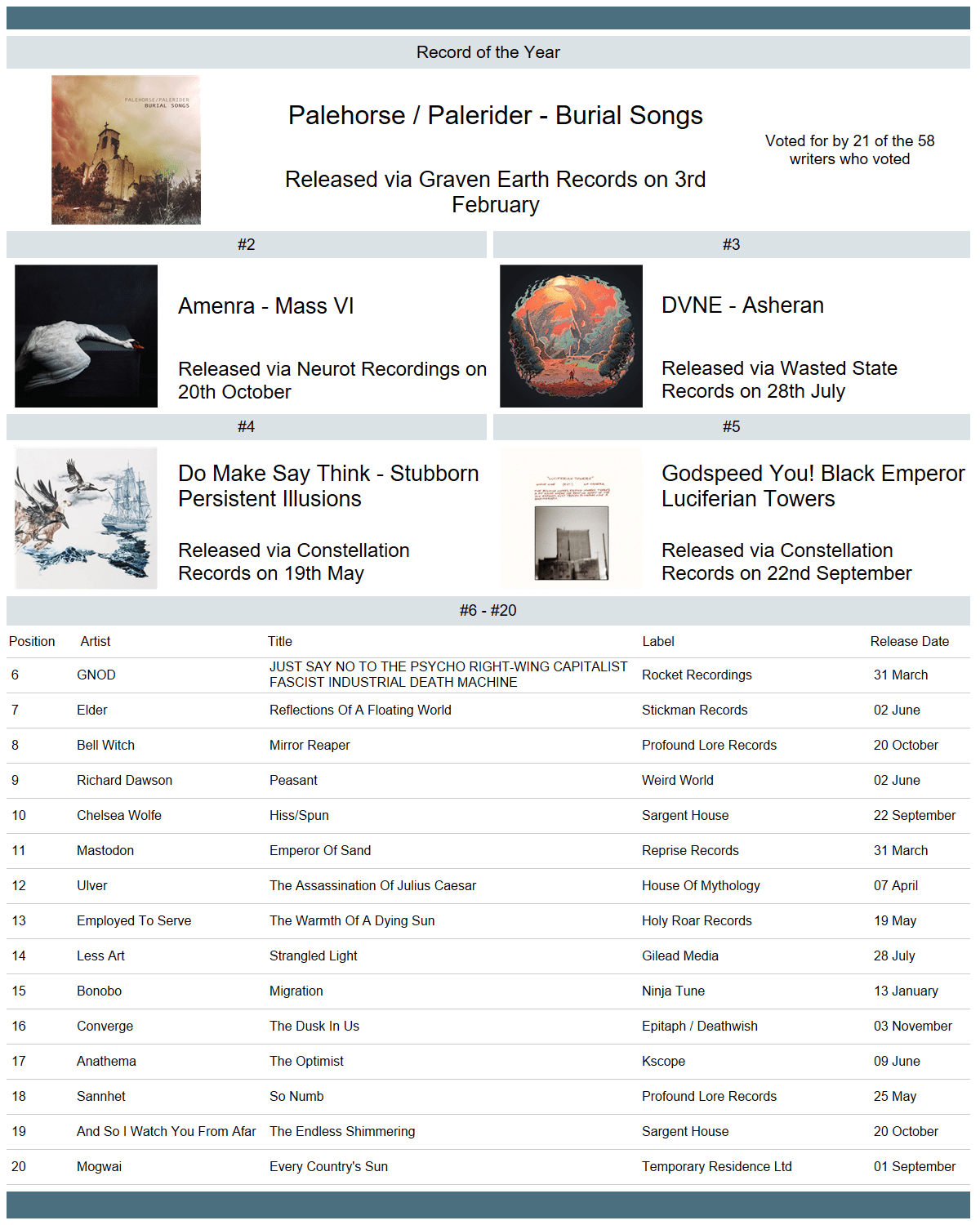 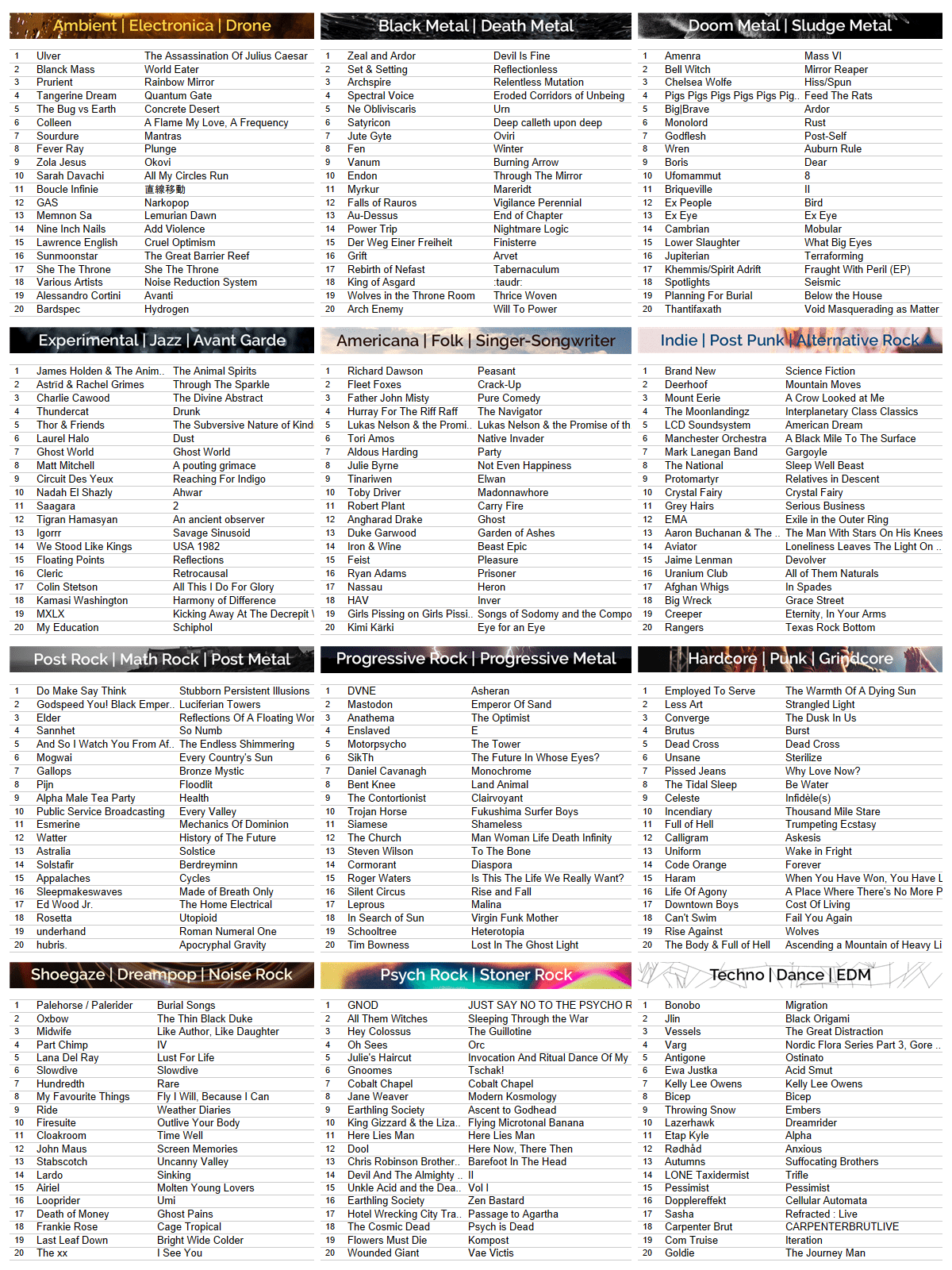 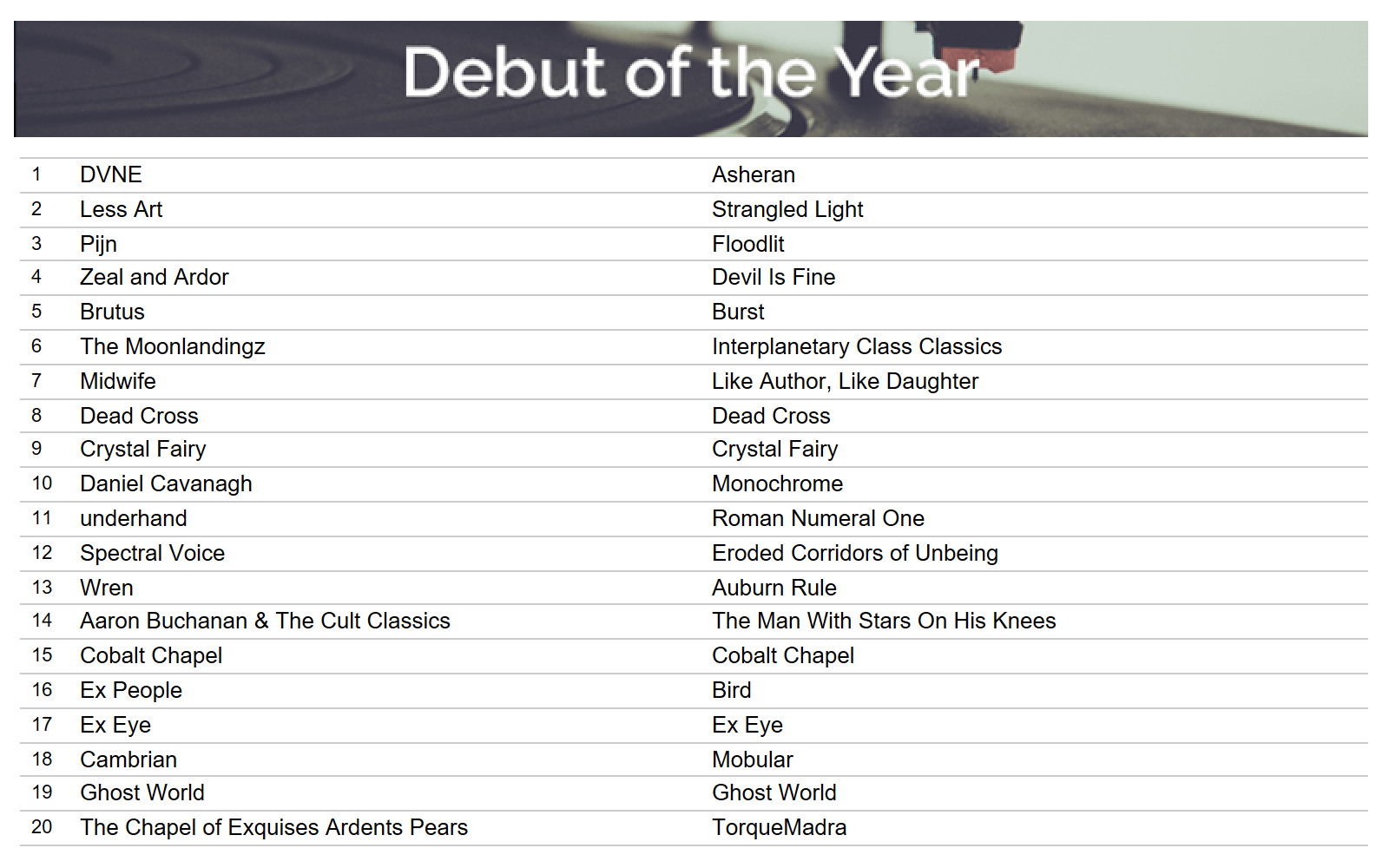