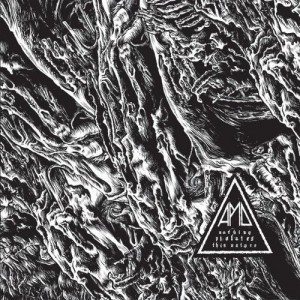 All Pigs Must Die

So begins All Pigs Must Die’s sophomore effort, Nothing Violates This Nature, and oh, what beautiful chaos it is. Employing the ‘hardcore kids with Slayer riffs’ formula that characterised early Converge releases, 'Chaos Arise' strikes the perfect balance between breakneck-speed, jaw-dropping technicality and hate-filled vocals in a way that very few other groups could manage.

But any thoughts that this might be an album consisting of little more than sophisticated grindcore are quickly dispelled, as the record gradually slows its way down to a sludge/doom pace over the course of the next few tracks. By the time 'Of Suffering' comes around, it’s abundantly clear that All Pigs Must Die can (and will) crush your face in with whatever genre they choose.

Combining elements of hardcore, crust punk, death, black, stoner, sludge and doom metal around a generally grimy, hate-filled aesthetic and you have a recipe for success like no other. With a number of groups currently employing similar ideas, most notably Nails on their Abandon All Life LP released earlier this year, the big question is whether All Pigs Must Die are able to stand apart from the rest of the ‘Entombed-core’ crowd.

The reason they are able to do so comes down to one factor: pedigree. All Pigs Must Die are a supergroup, with members of The Hope Conspiracy, Converge and Bloodhorse and while many other projects fall far short in the ‘super’ department, All Pigs Must Die deliver in spades.

Converge duo Ben Koller and Kurt Ballou contribute to the record with their now signature sounds, Koller picking up where he left off on All We Love We Leave Behind with another jaw-dropping performance behind the kit, and Ballou with his trademark production techniques. Adam Wentworth and Matt Woods have plenty of variety in their respective riffs and basslines, playing everything from technical thrash to black metal tremolo riffs and crawling, filthy sludge. On top of it all, Kevin Baker’s vocals have just the right amount of grit and anger to compliment the vicious music, without ever heading into ‘unhinged’ territory.

Nothing Violates This Nature is an uncompromising, vicious assault that will satisfy the needs of any hardcore or metal fan. This is one of the best heavy releases of the year so far, and it’s going to be difficult to top an album that manages to be so entertaining and so goddamn brutal all at once.