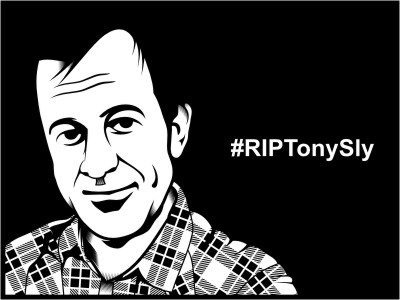 “It's been so long since you've been here, and I'm dying
Is there something you would like to say?
Just drop the present on the shelf, by the flowers
And make the feeling go away
Looking back I can't recall, who was listening
When I used to walk the streets at night
Like a bird that used to sing, I was flying
I was happy all the time, and it's hard to look back

Better days and different ways I can't explain
Another song to sing it all was simplified
Don't know what it's about, what have I learned to live without?
It takes a day to live a life”

One year ago on July 31st Tony Sly passed away. Through a tragic mixture of painkillers, booze and bad judgement one of my favourite musicians died alone in a hotel room, like so many musicians before him. There’s no “rock” ending, no epic story of heroism, no “died saving someone’s life” – just a death. He was alone, probably scared and missing his family. I hope with all of my heart he didn’t know, and didn’t feel anything. I hope he went in his sleep… but that’s out of my hands.

I remember when Kurt Cobain died, and how shocked I felt, just like the rest of the world. Yet when Tony died I was more than shocked. Hollowed out, in disbelief I took to the internet to confirm that the news was real. And you know what? More of the world should be sad about this. I didn’t cry when Kurt killed himself, but I have no shame whatsoever in admitting that I bawled my eyes out when Tony passed. In fact I’m getting a bit misty now just thinking about it. I guess consciously I didn’t quite realise how much I loved the man and his music until I found out that I’d never get more – thank fuck we have what we do. A great frontman (for seminal punk band No Use for a Name), and a pretty kickass solo artist in his own right, it’s truly a shame that more people don’t know his output.

There are a lot of great people out there in the punk scene who have said far better things than I; people who really knew Tony and his hopes, dreams, desires, loves and passions. I only knew him through his music and a five minute chat I had with him years ago, but I feel compelled to scribe something down to say my piece as an attempted tribute to this man. And I couldn’t give two shits what you think – this one’s for him, and for me.

I first heard Tony (& NUFAN) in 1995 when they released the rollocking ‘Leche Con Carne!’… But it was 1997’s Making Friends that really blew my fucking head off. From the opening quote of “Fuck You – That’s my name…” in ‘The Answer Is Still No’ this is an album full of hooks, ripping short guitar solos and blazing powerhouse drumming, all bookended by Tony’s vocals and lyrics. Punk at this point largely eschewed clean vocal harmonies, but this album brought it to the forefront. I dare you to listen to ‘On the Outside’ and not tap a foot. Tony’s lyrics are frequently introspective but also touch on broader social issues and topics that may seem out of place in two minutes punk songs, but they worked nonetheless. I blasted the crap out of this album. Hell, I still do.

In fact, I thought it was my favourite punk album ever, which is a big claim. Then ‘More Betterness’ came out in 1999. To this day it’s the only CD I’ve worn out…. Twice. I really felt like Tony nailed the lyrical content on this album, from unwanted pressure in relationships (‘Not Your Saviour’), helping a friend get over someone (‘Chasing Rainbows’), fucked people (‘Six Degrees from Misty’) and that old staple, loss (‘Room 19’). It’s a stunning album, and one that I can’t recommend enough. If you like punk at all and you haven’t heard it then please give it a spin. I promise you’ll find something there that you’ll dig. It’s also probably Chris Shifflet’s finest work; he went on to join Foo Fighters after that album/tour.

I could go through their entire discography, outlining every song for you, but there’s no real point, as everyone else already has, and the best thing I can do for you is to urge you to listen to it all. Punk is needs the aural element. Words on a page are all well and good but without the sonic presence there is simply something lacking. What I will do, however, is tell you all about the first time I met Tony.

They were doing a tour of Australia with Strung Out, and flipping a coin before each show to see who would play first. I was crossing my everything in the hopes that NUFAN would win the coin toss, but alas they came out first, for the shorter forty-five minute set. They still kicked ass and played a heap of classics, the crowd singing along and bopping around just like a happy punk crowd should. After they finished I went over to the merch stand for the traditional shirt purchase and Tony was there, selling his own gear. After making it to the front of the line I got a bit humbled and mumbled how ‘Making Friends’ was an important album for me and thanked him for getting me through some tough times. I was looking down at my feet thinking “he must hear this every day” when he came around the counter and grabbed me in a massive bear hug, putting his face into my shoulder, had a little sob and said “me too man.” That was it - a ‘bro’ moment, if you like. He smiled, shook my hand and asked if I’d like a beer. I almost cried from the honesty and genuine nature of it all. but that was Tony I guess. My friend came over whilst Tony and I were chatting away, the line for merch slowly backing up as he ignored the world to spend a few moments with me, for no reason other than I was a fan. I walked away from that thinking that he would be here forever, setting a touchstone for me to refer to as I tread through life and need support. I was wrong. He’s not here anymore, but his legacy is. And they played one more show here in Melbourne a few years later, as headliners that time. They played for eighty minutes and I walked away thinking I could listen to another three plus hours, but nobody will get that chance now.

The internet is full of tributes, poems, songs and other heartfelt dedications to Tony. I feel a little twee for adding to it all but I really just wanted to say thank you to him, and the rest of NUFAN, his family and everyone else that allowed me to experience such great music. Music for me has always been (and always will be) a constant. Tony may be gone now but his music will always be there for me and for others, and that makes me feel pretty fucking lucky. There’s a compilation coming out soon of NUFAN/Tony songs with pretty much every big punk band on the planet lining up to pay tribute. I can’t wait, but it’s going to be a difficult listen. As Fat Mike said: “he wasn’t finished.” I couldn’t agree more.

I looked at some footage earlier of NUFAN’s last ever show (a Tony tribute) in September last year and as soon as they started playing ‘International You Day’ with Joey Cape on vocals the crowd starting singing and I had to bail; no good crying at work. I know I’m not the only softy thinking this, but fuck I miss him.

I’ll leave you all with this – Tony’s last ever live song. It was filmed a few days before he died, at the last song of a tour with Joey Cape. The whole set is on YouTube (thank god), but this last track is a cover. After a whole set of their own songs the boys finish with NOFX’s ‘Linoleum’, one of the greatest punk songs ever written, and I don’t know why, but I find it really fitting. Go spend five minutes with this:

So there’s my little epitaph – thanks mate for all the music, heartfelt expression, good times, earnest banter, laughs, drinking and being an emotional rock for me when you didn’t even know you were.

I love you buddy. 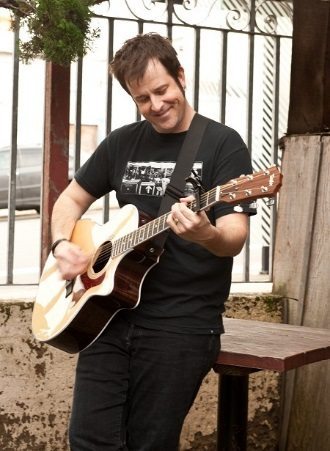