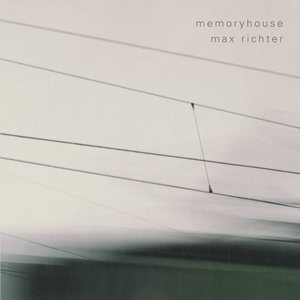 It’s probably fair to say that, across the broad spectrum of listeners who have encountered his music, Max Richter’s greatest strength, his accessibility to contemporary audiences, is equally likely to be seen as his greatest flaw. This accessibility was first noted by the world at large upon the release of his 2004 record The Blue Notebooks, which is probably one of the most widely acclaimed modern classical records of the last decade, by critics and fans alike. It was easy to see why people felt themselves drawn to that record. Richter painted lush brushstrokes of emotion across his canvas with such consummate ease that he made the job of composing music seem almost disparagingly easy.

People tend to forget that The Blue Notebooks was not Richter’s first effort. That would be Memoryhouse, released two years earlier, and now being granted (another) reissue courtesy of Fat Cat’s 130701 imprint. It would be harsh to dismiss this as just a failed attempt to deliver ideas that would later be far better realised on The Blue Notebooks, but equally it wouldn’t be completely unreasonable either. The fact is that, whilst Memoryhouse is just as easily accessible as its more illustrious successor, it is nowhere near as powerful.

There are exceptions to that rule of course. The haunting tones of ‘Sarajevo’ or ‘Arbenita (11 Years)’ are as accomplished as anything on The Blue Notebooks, but Richter has a tendency on this release to make a few too many leaps. Motifs come and go without properly establishing themselves, samples too often feel like distractions rather than suitable additions and, most problematically, there are moments when the listener is left with something perfectly pleasant but also distressingly beige. The dramatic colour of Richter’s later compositions has yet to find its true outlet, resulting in a release that is ultimately variable in quality.

Nevertheless, the moments when this works are demonstrative of Richter’s phenomenal talent. The ascension of ‘November’ may be one of the most impressive tricks he has pulled off in his entire career, and is one of his greatest moments as a composer. Make no mistake, if you are a fan of Richter’s work then Memoryhouse is well worth seeking out. Perhaps, however, there are parts of the album that lack a little of the emotional and compositional depth that has made some of Richter’s later work accessible and thought-provoking.