(((O))) : The Relationship Between Music and Dying 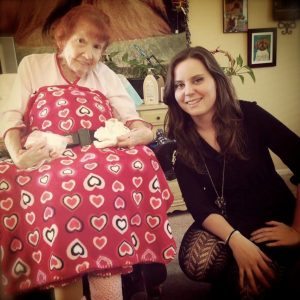 It was Hunter S. Thompson who said, “Music has always been a matter of energy to me, a question of fuel. Sentimental people call it inspiration, but what they really mean is fuel. I have always needed fuel. I am a serious consumer. On some nights I still believe that a car with the gas needle on empty can run about fifty more miles if you have the right music very loud on the radio.”

Music connects us to ourselves and to each other. It has this almost enigmatic ability to transcend time and space. An album that was most relevant upon its release date decades ago can still ignite passion inside someone listening to it for the very first time today. Music speaks volumes and has the same fluidity of movement as the bond between hydrogen and oxygen. Music is the ultimate drug. As it is ingested the need for it becomes stronger and stronger. For those who become hooked, it becomes something that is desired with greater fervor.

When I’m not listening to music, writing about music, or capturing music live through photographs, I am a grief counselor in the hospice setting.  Some of the patients that I’ve encountered inspire me and others make me laugh.  A select few with horrible attitudes teach me to keep mine positive. Some have the uncanny ability to always leave me appreciating life a little more. There are countless patients that I carry with me daily as I recall the wisdom they’ve shared. The families also make their mark. As I walk with them through their grief they always reveal to me the power of the human spirit. Grieving families remind me just how much a person can or cannot handle and they inspire me to push harder and talk louder.

I see and experience a lot in the work that I do. On a daily basis I encounter people who are months, weeks, days, hours, and minutes away from their death. Although some of these people are numbed by the weight of heavy denial, most of them are aware that the sand within their hourglass is slowly running out. Part of the wisdom I’ve acquired through my experiences is noticing the influence that music has over the hearts and minds of the dying and their families. Music often helps and hurts. It is both a painkiller and a reminder of painful memories.

I recently began to take notice of how often my patients listen to music. I sometimes stay quiet as I watch their faces respond to the sounds that they’re hearing. The notes almost act as a time machine, taking people back to a different place to experience a previous stage in their lives. Music allows the dying to transcend their disease processes and escape to somewhere safer, happier, and more serene.

I’ve watched the corners of Mr. M’s smile turn upwards as he recalls the first time he danced with his wife to “their song” on their first date. I’ve watched the tears in Mrs. H’s eyes well as she listens to a song that puts her back in the seat of truck she drove in while listening to music with her dad.  I have laughed along with Mr. F as he sluggishly dances to a song from his youth that begs for a quicker pace. I’ve felt goose bumps rise on my arms as I listen to a song that a family has chosen to play at the funeral of the newly deceased.

Music anesthetizes pain. I’ve seen a certain melody briefly take someone away from the anguish of excruciating bedsores that have spread down to the bone. I’ve listened and complied with a patient request that I put on the radio to distract them from feeling weak and uncomfortable. I’ve been stopped dead in my tracks while watching several of my patients and their family members sing along to songs that inspire them and keep them moving.  Music has a funny way of being more than just music. It is often times more influential than conversation or touch. It’s personal and real, its sometimes even stronger medicine than any treatment or drug. It binds people together and allows them to share a sacred space with one another.

Through my years of walking with those that are both dying and grieving I’ve been privileged with the experience to witness first hand just how influential music is in the lives of those around me. From the one who is lying on their deathbed reminiscing on better times to the bereaved spouse listening to records that almost bring their loved one back to life… music is a constant. Through all the love and loss that encompasses the human experience, music is a safe haven to those who are suffering. Music is both the universal savior and the soundtrack of the living.

As a very special patient once said to me, “I know I’m dying. I have no idea what there is after death, if anything. What I do know is up until my last moments of life I I’ll have music and that’s good enough for me.”

I’d have to say it’s good enough for me too. 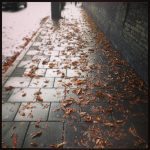