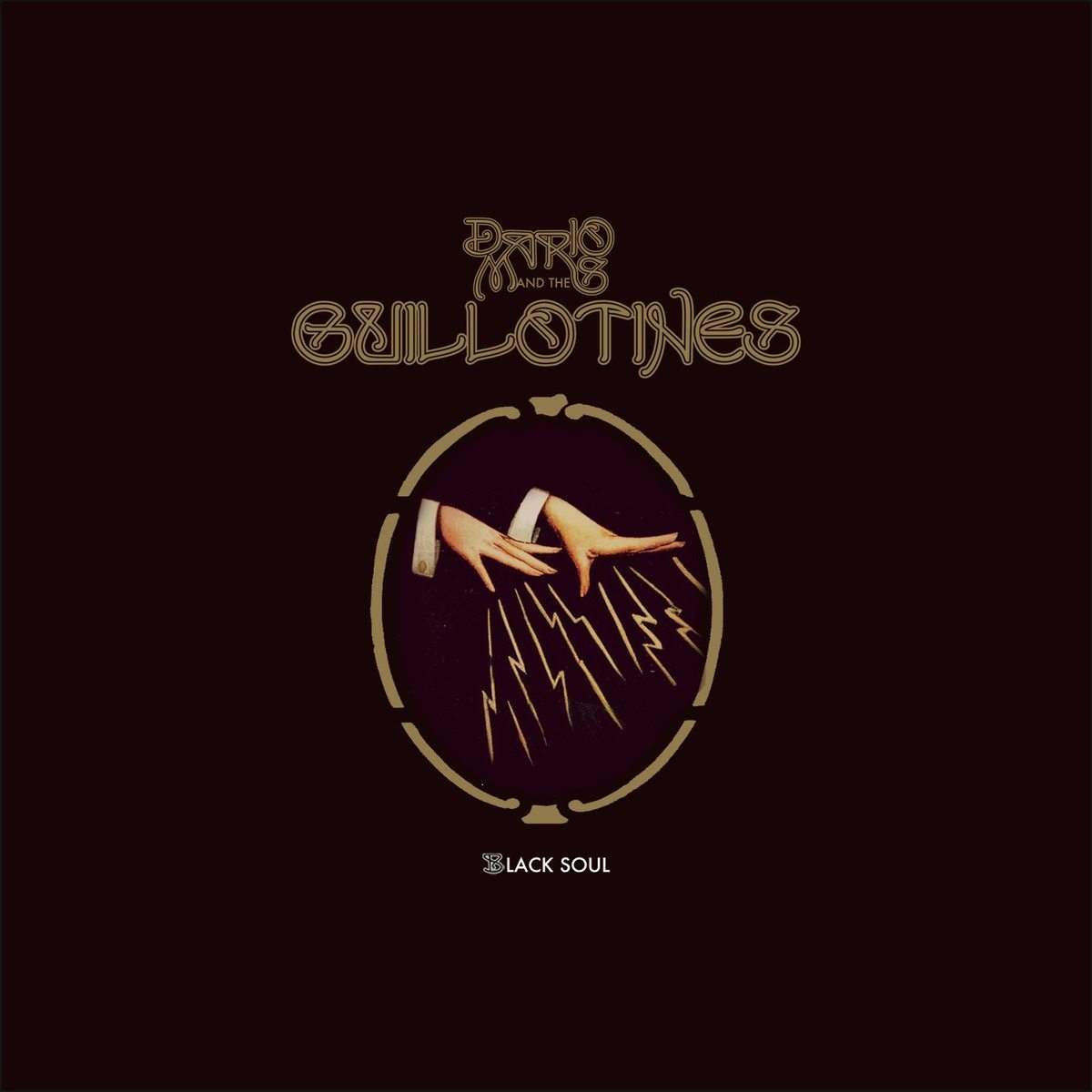 Wow, thisis some of the coolest music I’ve listened to in a long time !

Imagine a dark, smoky bar underground. The air filled with a disturbing vibe that is not easy to catch though. On the small stage a band is playing some stripped down garage surf music, some people are dancing like weird maniacs. Hell, this is for sure no place for ‘average’ people!

A perfect place for cineasts like Tarentino or even David Lynch to get some inspiration for their new surreal mystery ‘noir’ movie.

Well, the illustrious Belgian combo with the fitting name Dario Mars & The Guillotines have created such an atmosphere on their début album Black Soul.

An intriguing amalgam of 50’s-60’s surf music, rockabilly, 60’s psychedelicrock and 70’s garage rock, but the cherry on top of this all is the cinematic approach. That approach isn’t that strange since multi- instrumentalist, composer and leader/founder of this troupe Renaud Mayeur has gathered quite some experience in writing film scores. He even picked up a Golden Palm for Bouli Lanner’s roadmovie ‘El Dorado’and a Margritte Award in 2013 for his work on the score to Francois Pirot’s‘Mobile Home’.

Besides that this prolific and talented musician was involved in many musical projects since the 90’s. Think of La Muerte,the infamous garage rock band from Brusselsor the rock ‘n roll outfit HULK and even his short stint for top Belgian act Triggerfinger. Somewhere in the last recent years Renaud changed his surroundings, leaving Brussels for a smaller village where he could focus on his new adventure, writing film music.

The ‘rock’nroll feeling’ however never left him, so a year ago he teamed up with Polish multi-instrumentalist David Kostman to re-arrange a bunch of songs he penned and recorded earlier in his new home studio. Together with female vocalist Bineta Saware and Vincenzo Capizzi they came up now as Dario Mars & The Guillotines and this fine debut-album Black Soul.

12 relatively short tracks that meander from catchy and danceable tunes (‘Death is Dead’, ‘The Day I Died’, ‘Somebody Else Inside’) to slow and dragging bluesy torments of the soul (‘The Jailer’ and above all the title track ‘Black Soul’).

Interesting is also the short instrumental ‘Ombra e Polvere’ that has a folky vibe from a spaghetti western movie. You can easily picture our hero riding on a horse through the desert planes! And what about the Lenny Kravitz pastiche ‘Soul Sucker’ with a funky bass line, spacy keys and the beautiful soulful voice of Bineta shining through. And did I mentioned Golden Earring’s ‘’Radar Love’ driving riff in ‘Banned From Ever’? or the weird sounds on ‘Forks On The Bird Cage’ creating a fitting instrumental soundtrack theme for a strange French tv series?

In the end I can only say, this excellent album is especially recommended for the open minded music lovers that are eager to step into the unique and eclectic realm of this unpolished band with a sinister side under their skin.