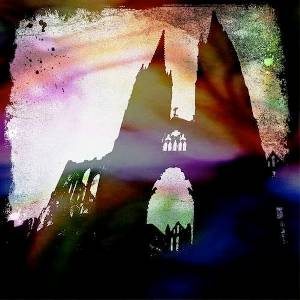 What started off as a side project in 1991 and subsequently labelled a super-group upon the release of their first album, Down have thankfully transcended both those tags and are a definite and very real band in much the same way prog giants Transatlantic have and are. The similarity doesn’t end there either, with both bands taking hiatuses in between records to focus on other projects and bands. With the release of Down IV – Part 2, the band have a lot to live up to given the return to form that Part 1 is perceived to be.

The good news is that this EP is a storming record. The bad news is that there’s not enough of it at 6 tracks totalling 37 minutes. It’s greedy perhaps, but given the quality of music on offer here I would have liked a little bit more. Still, I suppose that’s what the repeat function is for.

With a doom laden howl and a riff heavier than a bag of bricks ‘Steeple’ kicks the EP off with a bang, albeit one that lasts a good minute before things kick up a notch with a crushing groove that thunders along occasionally going halving it’s speed just to make sure you feel the heavy. ‘We Knew Him Well’ has a magnificently bendy main riff that it’s impossible to not bang your head to. There is something compelling and magnetic about the combination of Anselmo’s impassioned vocal delivery and the sludgy rhythms that you cannot deny.

‘Hogshead Dogshead’ further reinforces Jimmy Bower’s reputation as drummer par excellence as he deftly compliments guitar runs and rhythms with a fluency and dynamism. This is the one track on the EP that blends the heaviness and riffs of NOLA with the experimentation of DOWN II. ‘Conjure’ is the greatest song that Black Sabbath never wrote. It’s ominous, epic and dark. Anselmo (again) utilising his voice to great effect from screams to almost narrating lyrics. ‘Sufferer’s Years’ sounds like it could easily have fit on NOLA with its southern rock riffs and soloing and with a middle section that is both exhilarating and disorientating in equal measures it’s one of the stand out tracks. EP closer ‘Bacchanalia’ is the track that all future Down tracks will be measured against. Shimmering into view with what sounds like a jam, it then takes a left turn and beefs up the riff and takes the song off into a different direction. And the ending? Wow. Unexpected. It’s a beautiful acoustic figure with Anselmo laying a woozy vocal harmony over it – Down’s nod to pyschedelia.

This is a belter on an EP. There was much wailing and gnashing of teeth amongst the online fraternity when it was announced that Kirk Windstein was leaving last year. But new guitarist Bobby Landgraf has not only ably filled those shoes but also, perhaps, has given the band a little kick in the arse. This is the sound of a band that is in love with the music they create. It lives and breathes and is dark, menacing and abstract yet there are moments of intense melody and groove. Down are clearly enjoying a purple patch in their career at the moment. Long may it reign.