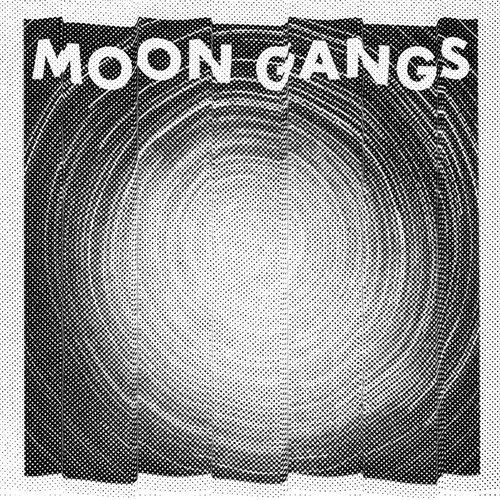 The place to be in electronic music at the moment is, without a doubt, the fringes - music that can’t quite be defined, not even by the most obscure genre definitions. Calling The Haxan Cloak witch house is selling Bobby Krlic short, and calling Moon Gangs dark electronic simply isn’t descriptive enough. Moon Gangs proves this on the self-titled debut EP. The EP is an immersive aural trip through the dark and light regions of the galaxy.

Moon Gangs is London-based producer Will Young’s alias. Young, whose arrival on the scene has landed him in a number of different favourable positions, has quickly established himself through his signature live shows. During the shows, Young embraces spontaneity and varies the nature and execution of his production, as well as the number of musicians on stage.

Young’s instinctual regard for his music comes across well on the Moon Gangs EP. He very clearly is familiar with the atmosphere he wants to communicate, and utilizes all his faculties to get the message across. The self-titled EP is a characterized by three lengthy tracks, each featuring a dramatic turn towards the end of each track.

Each song radiates very naturally, utilizing deep atmospheric bass and synths to create a cornerstone vibe that builds and builds. The second track, ‘II’ features an intense, reverberating synth at the beginning that sounds like a digital monolith landing on your front lawn. Just when the song sounds as if it might fizzle out, deep, textural bass hits sidle in. The track defines what “atmospheric electronic music” means.

Then, with virtually no warning, the song turns from its dark atmosphere to an upbeat, thumping progression. This latter part of the song shimmers along into the final track ‘III,’ which follows a familiar narrative to ‘II.’ However, Young manages to keep the soundscapes varied and inciting enough that the tracks don’t feel repetitive.

Once all is said and done on Moon Gangs debut self-titeld EP, the listener is left with a unmistakable sense of the deep, far reaches of outer space. Will Young successfully communicates what feels like a very immersive world inside his head and outside the universe. The EP is a very promising debut from an artist more than capable of transcending genre.