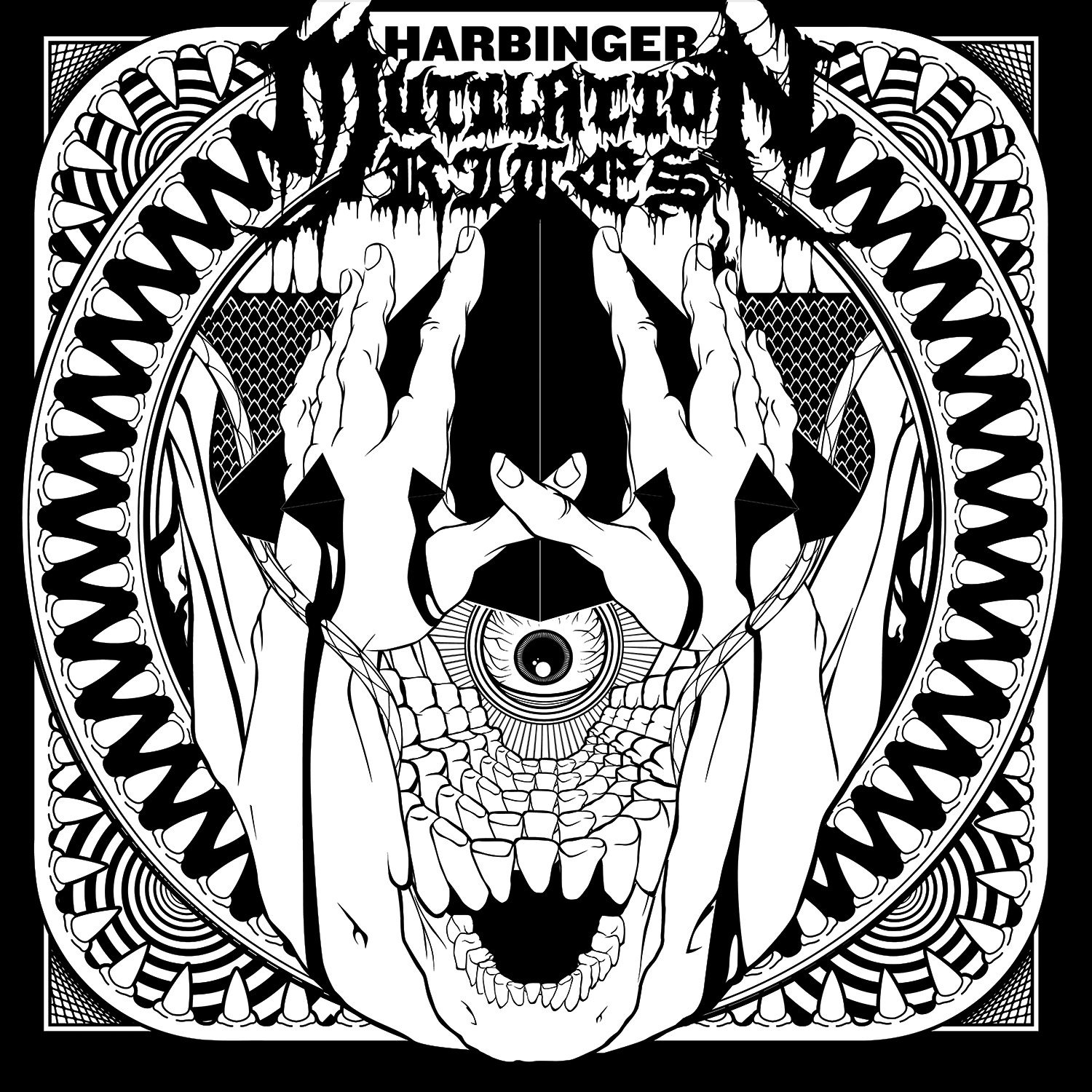 So much of what imbues a piece of art with character, the deep-seeded kind that allows it to resonate in that beautifully human way, lies in a piece’s flaws. We are inherently imperfect organisms living in an imperfect world (arguably due to our very presence in it). You hear a lot of criticism for art of any form that is sterile or machine-like (ignoring for the moment that machines can be imperfect as well). When Mutilation Rites released their debut Empyrean in 2012, it was a flawed masterpiece. The sound was hideous, blending its points where it joined seemingly every iteration of dark, gnarled heavy music together like clay to form a strange, unified whole. With the band’s new release, Harbinger, those flaws have been smoothed over in many ways. That is not to say this is sterile, machine-like music, but rather in providing a new clarity Mutilation Rites has managed to dial in their focus on something on a completely new level from their debut. The results are dizzying.

Sonically, the band is playing in a realm of greater precision and fidelity. Rather than a band that sounds like they’re stretching their resources, they have settled into a decisive groove that grants them a more coherent sound. Rather than the band’s wired-together debut, the music here is a unified and smoothly-operating machine. This is not to say it sounds slick, a dirty word especially given the band’s crustier tendencies, but rather the sound is able to thrash more wildly against its restraints. Artists are often best defined not by their initial bursts of creativity but by their editing, and Mutilation Rites has been able to use this to create something that sounds like it very well might be a truer form of its initial vision.

Tracks like ‘Suffer the Children’ showcase the band’s ears for both melody and chaos, as the band itself agilely maneuvers through satisfying stylistic leaps while guitarist/vocalist George Paul’s vocals hoarsely rage as if from a different session entirely. The strangely arrhythmic vocalizations delve into a deep emotional well, providing enough of an off-kilter balance as to grant some of the same shambling horridness of Empyrean without damaging the master craftsmanship of the music as a whole. Flowing into the next track, ‘Ignus Fatuus’ trades off between the mournful chime of classically melodic passages and blasts of ecstatic grinding flourishes. Never once does the band seem to misstep a turn into something new, maintaining clarity and poise throughout.

Often times, this level of cohesion can damage the impact of a band’s output. There is frequent uproar against “slickness” and “polish” in extreme music. Then there are bands like Mutilation Rites, who prove that it all comes down to vision. If the murk and decrepitude of low fidelity fit into your vision then by all means: cake on the filth. But some sound requires precision to exactly deliver its payload, and through tightening the bolts in their construction Mutilation Rites have returned in stunning form.