It seemed like it would never happen, and yet here we are, half a dozen shows into Kate Bush‘s first live performances since 1979. A capacity audience is on their feet, applauding a two-and-a-half hour extravaganza in a state of near delirium. Even if you’ve been to a large number of live shows, you won’t have heard many ovations that can compare with this. People stamp their feet, whistle long and loud, cheer raggedly until they audibly lose their voices – but finally the house lights do come up. Clearly Kate Bush has learnt the number one lesson of stagecraft: always leave them wanting more. As we file towards the exits in a daze, the crowd becomes strangely subdued. There is a steady buzz of conversation, but not the noisy excitement that often follows a memorable live show. This is not because the audience didn’t enjoy themselves – the epic standing ovation was more than enough evidence that this audience had heard, witnessed and felt something very special indeed. The oddly restrained aftermath is the result of an audience simply unable to find the words with which to share their feelings about Bush’s return. Minds have been blown, lives changed. Smiling faces pass by, their cheeks lined with the tracks of their tears. Outside, a man hugs his partner as she sobs uncontrollably. They’re both wearing the widest of smiles.

Only Kate Bush herself can really know the reasons why it has been so long since she last performed to an audience, although as the first set comes to an end, we are given an inkling as to one of the catalysts for her long-awaited return, as Bush thanks her son Bertie (who provides vocals and acting turns on stage tonight) for his encouragement and belief, even going so far as to opine that without his unwavering support, she might not have had the courage to make the shows happen. A huge cheer goes up from the crowd. Bertie seems faintly embarrassed (there is a sense that backstage, Bush may be in receipt of an “Aw, mum!”), but it is a touching moment and there is no question that to the audience, Bertie is just one of the latest of a large number of things to love on Planet Bush.

The show, entitled Before The Dawn, has clearly been designed to appeal to Bush’s fans first and foremost. Lesser artists might have been inclined to play a set full of their best-known songs and hit singles, but Bush has always been her own woman, one of the many reasons why she has always been, and remains, so beloved to her fans. If anyone came to tonight’s show expecting to hear her classic debut single ‘Wuthering Heights’, they were to leave disappointed. In fact, Bush decides to eschew her first four albums altogether, and concentrate on two conceptual pieces that both she and her more devoted fans feel are among her best work: The Ninth Wave, from 1985’s Hounds Of Love, and A Sky Of Honey from 2005’s Aerial. Twenty years separate these two pieces, yet the ease with which they both fit into tonight’s set is further evidence of Bush’s singular vision. The rest of the show is largely made up of further unpredictable choices, with a handful of much-loved hit singles included, to ensure the more casual fan has something to latch onto.

The show starts simply enough, as the band walks on to the spoken introduction of Lily, a prayer of self-protection that seems entirely apt after so long away from public performance. The band builds up a steady, muscular groove, and suddenly there she is. Kate Bush, in the flesh, and looking and sounding wonderful. The years have been extremely kind to her voice, which may have lost some of its glass-shattering upper range but which has been tempered with a wonderful smoky, emotive quality. As she starts to flex her vocal cords, it’s plain for all to hear that her voice is as powerful and affecting as ever. Between verses, she smiles wryly, seemingly to herself, as if she can’t believe that the audience is here to see her. Over thirty years since ‘Wuthering Heights’, it may well seem unreal to her, but her devoted audience never went away. Bush’s longevity gives a lie to the idea that musicians fade from the memory if they don’t tour regularly.

The show continues with a further five songs in this manner, a mix of fan favourites and deep cuts that manages to delight and surprise the audience. This first half-dozen songs are  performed in front of a beautifully presented but fairly typical live set-up, with Bush and her backing vocalists standing in front of the musicians, who all turn in sensational performances tonight. Of particular note are Omar Hakim on drums, who delivers a positive masterclass of effortless groove and muscular fills throughout the show; guitarist David Rhodes, who brings a lot of colour to proceedings without any stereotypical guitar hero antics; and multi-istrumentalist Kevin McAlea, who played n Bush’s band back in 1979, and who must surely find this latest outing truly surreal for any number of reasons. A five-strong team of backing vocalists reproduce Bush’s legendarily complex and bewitching vocal harmonies, whilst further sonic enhancements are provided by multi-instrumentalist Jon Carin (probably best known for his time with both Pink Floyd and Roger Waters), percussionist Mino Cinélu, and long-time collaborator and bassist Jon Giblin, who is clearly relishing his time as part of the ensemble.

Six songs in, things take a wonderfully unexpected turn. Cinélu comes out from behind his wall of percussion wielding a bullroarer, conjuring a a thunderstorm that provides the basis for a performance of The Ninth Wave. An enormously imaginative and deeply moving song cycle that follows the experiences of a woman swept overboard and lost at sea, desperately trying to stay alive until she can be rescued, it makes for a bold and striking segment of the show, and Bush’s stage show is more than up to the task, as it employs stage-width projection, a complete set change, confetti cannons, actors, Fish People (don’t ask, it’s a long story), a video screen, several wheel-on sets, lasers, costume changes and even some wonderfully unexpected stage illusions to illustrate some of Bush’s finest work. By the time the closing track of The Ninth Wave is played, the entire band strolling out to stage front with acoustic instrumentation to serenade us, the audience has collectively lost its mind. Bush delivers the killer blow by appearing to address the crowd with the lyric “You know what? / I love you better now”, which receives an enormous roar of approval. If Bush had chosen to end the show there, she would have been carried shoulder high out of the venue and down the banks of the Thames, but she tells us that she and her band will be back in twenty minutes. “Thank you so much!” she says, clearly moved and delighted by her reception. It’s hard to imagine that her reception at any of the other shows has been, or will be, any different. There is perhaps a sense that although she must have realised that her albums continue to be received with delight, this live reunion with those who love her and her music has come as a surprise.

Twenty minutes pass in a flash, and the stage curtain retreats (through the floor of the stage, in another unexpected illusion), and we are presented with a snow-filled forest, which gives way to a spectacular cloudscape and vivid, large animations of flying birds. This second set is given over entirely to an extended version of A Sky Of Honey, and if anything it ups the ante still further from the magical reading of The Ninth Wave. There is a warm, relaxed feel to the piece as it tentatively begins, with Bush sitting behind a piano and slowly guiding the band through a series of beautifully atmospheric songs that give all the musicians a chance to shine, Bush’s unhurried and evocative playing the foundation upon which the performance is built. The birds; the shimmering skies; Bertie Bush’s arch and funny turn as The Painter, busy with his huge backlit canvas; a life-size wooden puppet with a playful, curious mind all of its own; the ingredients blend into a wondrous, hypnotic whole, until finally the sun sets to the rousing strains of the flamenco-influenced ‘Sunset’, and the crowd are on their feet once again. And yet the piece is barely half over.

‘Aerial Tal’ sees Bush imitating birdsong in a way you simply cannot imagine any other vocalist being unselfconscious enough to attempt, before ‘Somewhere In Between’, a delicious gliding ballad effortlessly voiced by Bush, sees us through the fall of dusk and into a guest spot from Bertie Bush, who conjures the moon and breaks the tension somewhat before a staggeringly effective ‘Nocturne’, its Gabriel-esque rhythmic momentum building into a crowd-pleasing finale, before ‘Aerial’ itself arrives, literally transforming the band – Bush included – into birds and sending the audience into positive rapture. As the mayhem on stage comes to an end and the lights are raised, people shoot out of their seats as if they’ve been struck by lightning, speechless, applauding for all they’re worth and quite literally screaming with delight. The more cynical might wonder at the reception for a set that doesn’t deliver the obvious, but then Bush has always understood her audience extremely well – and the reverse is also true. This is not a “greatest hits” set, but it may well be a “best of” set. And the audience loves her for it.

The encore wisely decides to opt for less drama, the show already having given us more than enough to think about. Bush emerges alone to sit at her piano for a solo performance of ‘Among Angels’ from her most recent album, 50 Words For Snow, that really shows off the power and colour of her passionate vocals, and which is met with rapturous applause. Her final trump card, however, brings the house down, as the band re-emerge to close with a sensational reading of ‘Cloudbusting’, the crowd clapping along and bellowing along with every word with evident delight. Impromptu dancing breaks out throughout the crowd. Bush holds her microphone out to the audience, and we’re yelling along to the song’s wordless vocalese refrain as if our lives depend on it. The phrase “love-in” is much abused, but this definitely qualifies. It feels like we’re all levitating.

And with a final flourish, it’s all over. The ever humble Bush still looks mildly surprised, just as she appears genuinely delighted and moved by the audience’s reaction. What she will choose to do next is anyone’s guess, but that is, as ever, part of her charm. Kate Bush is a true original, and the passage of time has only served to emphasise this fact. There is a sense of rebirth in the air, a reconnection with both her fans and herself. If this is to be her swansong, then it is a formidable one. If, however, it is merely the prelude to a new chapter in Bush’s extraordinary career, then perhaps the best is yet to come. 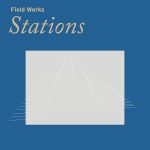