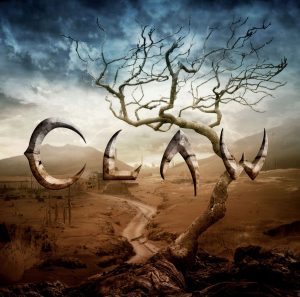 Released on October 8, 2014 via Independent

What is the fascination with heavy metal bands and the apocalypse? Seriously, isn’t there anything happier these bands could be spending their time writing about like kittens or baby sloths? Ha! I’m just kidding! Bring on the dark imagery as long as the music that accompanies it is worth listening to as well.

When a band decides to tell me who their influences are I tend to be a bit more critical when I write a review. In other words if you say that your influences are Megadeth, Kreator, and Metallica I expect a heavy, yet accessible brand of thrash. Add to that the post-apocalyptic story line and you have a lot to live up to as a band. I would find it incredible if a band can find their own sound and make me think of the influences mentioned without outright copying them.

Which brings us to Claw, a thrash band out of Switzerland and their debut self-titled album released on October 6 of this year. This album starts off with an prelude song ‘The End…Is Just The Beginning’, which is used to give the listener an idea of what is in store for them and that this world they are about to step into may not be the friendliest of environments. An instrumental song that conveys the mood of the album. ‘Out of the Vault’ is the next song which is a strong, proper opening song. With a strong opening riff the song vacillates between the opening chugging thrash riff and a solid lead breaks that fits nicely in the song. The singing is clean on this song and throughout the album, which may turn off some, but something I appreciate when it comes to thrash. There are plenty of different styles of thrash that benefit from gruff, barking, screamed vocals but I don’t think thrash is one of them.

The next song in our journey of a post-apocalyptical world is ‘Alpha-13’, which is a more mid-paced song showcasing Claw’s ability to be able to switch it up a little bit. Not every thrash song has to beat the listener over the head and Claw do an admirable job throughout this entire album in varying the mood appropriately. They carry the story quite well and allow the mood of the narrator to dictate the mood of the song. Case in point, the next song on the album, ‘Alone’ brings the aggression to a halt and is a much more restrained song that describes the melancholy and loneliness of the protagonist of the story. Think Metallica’s ‘One’ or Anthrax’s ‘The End’, not the fastest songs on the album but inserted perfectly for the mood of the album.

The story of course moves on until the conclusion during the song ‘The Apocalypse’, which is a burner from start to finish. An appropriate ending to a journey that I have to admit was surprisingly fun and entertaining to listen to as well. I am not a musician so I can’t say this from experience, but is seems to me a difficult task to write a concept album. Especially creating an album that makes for a cohesive journey from start to finish. Claw have done just that, an epic journey through a world none of us ever hopes becomes reality. And although the final song on the album is a little over 7 minutes and all instrumental, it is a credit to the band that they made this fit and it is a bold choice to end an album in such an ambitious way.

If I have one issue with the album it is that the singing could be a bit stronger. This is most evident in the song ‘My Arch Enemy’. Not that it is bad or takes away from the album or story in anyway, but there are parts of songs where singer Nikolay Prensilevich seems to be struggling just a little bit. But this is a very minor criticism. Overall the band plays very solidly and the rhythm section of Oscar Martensson on bass and Jean aka Glycy on drums, are a pleasure to listen to, they don’t waste a note. Plus it is always nice to be able to hear the bass guitar in this type of music.

There is a lot of potential with this band and of they can keep up this level of songwriting and, in fact, storytelling then there should be great things on the horizon for this band. Their ability to move so fluidly within the music to enhance the mood of the story is evident. I am extremely critical when it comes to new bands trying to break into thrash but I have to say Claw deserves to be here and bring a brand of thrash that will transport you back to the thrash explosion of the 80’s. Although they have to be careful to not cross the line between Megadeth imitation and worship. My recommendation is to give this album a listen, definitely worth your time.