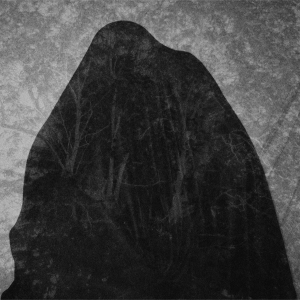 Released on October 14, 2014 via The Ghost Is Clear Records/Don't Live Like Me Records

How much can lie behind a weird band name and nondescript album cover? A lot, in the case of Sloths and their new EP Twenty Years. Hidden within is a maelstrom of genre tags that have resulted in different sets of ears assigning them different genres: post-hardcore, black metal, sludge, metallic hardcore, noise-rock and shoegaze all play key roles in forming and shaping Sloths’ sound. But these genre tags alone are not what make Sloths special, it’s how they work with them that makes them particularly interesting.

With only 18 minutes to leave a lasting impression, the trio are wasting no time: ‘Elegy’ is straight to the point, with a crazed drum intro rolling into dark and careering guitar territory, borrowing riffs from metallic hardcore bands with no intention of giving them back. KEN Mode and Coalesce spring to mind, with swerving drums underneath that up the ante into a tremolo-filled frenzy, before swinging in yet further directions as the track unfolds.

The dynamics are deceptively tight on this EP: they may seem to flail all over the place, but the band are very much in control of themselves, changing from the floating shoegaze that My Bloody Valentine do so well, to pummelling blackened moments in ‘Void’ of which Deafheaven would be proud. Nate Sonenfeld is incredible behind the drum kit, across all tempos and genre stylings, while the guitarist and bassist put in admirable performances as well. In sharp contrast, the guitarist’s vocal style remains the only predictable part of the package: throaty rasping growls are pretty much par for the course in this darker side of hardcore, and while Kyle Bates fills the role neatly, his voice comes across as homogenous when taken in the context of similar bands.

At this point, the word ‘black metal’ is dropped into the conversation. A lot of fuss has been made over ‘black metal influences’ on bands who otherwise have very little in common with the genre or its ideologies. Sloths make an important distinction here: they are not trying to ‘be black metal’, they merely take a trope of black metal and mold it for their end goal: cathartic effect. Tremolos are not the be-all and end-all of black metal, just as they are not the be-all and end-all of this EP, as the explosions in ‘Passing’ slowly fade out to softer climes.

One final influence emerges in a rather unexpected fashion. The ‘Easter Egg’ track on this EP, which emerges in the Name Your Price download, is a reimagination of the Slint classic ‘Breadcrumb Trail’. While starting out in a familiar fashion to the original, with its thick bass line and the spoken word, Sloths’ cover veers wildly off-course to replace the signature clean-sung vocals with a shoutier version of the vocals mentioned above, and a spectacularly-executed final crash into the track’s mellow conclusion. The lyrics, detailing a rollercoaster ride with a fortune teller, could not be more apt.

Sloths show a distinct knack of bringing together vastly different genre stylings, and making them work in a harmonious fashion. However, what is most impressive about this is that at no point does Twenty Years feel like they’re trying to tick boxes; it’s a natural evolution as the EP unfurls. If the thought of a band who balance Botch with Slint and Old Man Gloom with Shellac creates an itch, then Sloths will make a damn good attempt of scratching it.