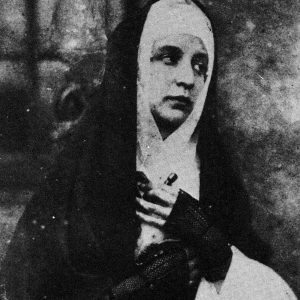 When Baton Rouge’s Thou and Portland’s The Body released the vinyl-only collaborative record Released From Love on Vinyl Rites earlier this year, it was somewhat overshadowed by the release of each band’s own individual critically acclaimed album, Heathen and I Shall Die Here, respectively. For the fanatics who devour every boundary-pushing recording from each band, it was a veritable embarrassment of riches to have all 3 records come out within a month of each other, but in the wider scheme of things it flew below the radar of most potential listeners.

To rectify this, Thrill Jockey are re-releasing the four tracks from the initial record, alongside further collaborative material recorded shortly before the bands embarked on a tour together, as a full length CD entitled You, Whom I Have Always Hated. This new material sees these two unique bands intertwine their own individual perspectives on heaviness into one seamless and wholly horrifying entity.

‘The Wheel Weaves As The Wheel Wills’ begins with the colossal combined drums of Lee Buford and Josh Nee, before an equally gargantuan riff drags itself from the distortion. The track lumbers along for a few bars before the full extent of how well-suited these bands are for each other becomes apparent. On what I suppose passes for some sort of chorus, Thou vocalist Bryan Funck’s excoriative rasp trades off with the inhuman howl of The Body’s Chip King, and everything falls into place.

The next track ‘Manifest Alchemy’ interjects subtle electronic loops amongst the sparse percussion and despondent guitars to great effect. Hearing Funck’s voice underpinned by elements so far removed from its usual accompaniment allows the sheer hate in his voice to come through, before once more being counterpointed by King’s shrieks.

On the first four tracks from the original collaboration you can still hear a slight disconnect between each band, with the material sounding perhaps a little closer to Thou’s usual output, albeit bolstered hugely by The Body’s contributions. By the time their incredible cover of Vic Chesnutt’s ‘Coward’ draws to a close and ‘Her Strongholds Unvanquishable’ begins, the two have become one, the difference immediately apparent in the use of the double drummer dynamic. Far more confident in execution, the sparse detonations of bass drum replaced with a faster pace, a pneumatic cacophony which drives the screeching feedback. The track eventually collapses in on itself, returning to a more familiar pace, with the focus turned to The Body’s riff-less apocalyptic noisescapes.

Thou’s penchant for cover versions of ’90s staples is legendary, having already dragged Soundgarden’s ‘Fourth of July’ down into their own particular murk, as well as spine-chilling covers of a multitude of Nirvana tracks, so this version of Nine Inch Nails’ ‘Terrible Lie’ actually fits perfectly within their oeuvre. The hyper-processed beats of the original replaced here by more devastating work by the Buford/Nee duo, and the synths replaced by (and I’m not entirely sure about this so don’t take my word for it) rusted nails being hammered through a collection of malfunctioning pedalboards. Despite the deeply unsettling quality of the track, it sounds suspiciously like this may even have been fun for the bands to record; there’s an audible enthusiasm for the material that belies how horrifying it sounds.

The preposterously titled ‘Beyond the Realms of Dream, That Fleeting Shade Under the Corpus of Vanity’ continues this almost industrial approach, gigantic shards of noise howling atop a repeating drone that sounds like some unfathomably huge object being dragged through the ruins of civilisation. At first ‘He Returns to the Place of His Iniquity’ sounds not unlike one of the beautiful instrumental breaks throughout Thou’s Heathen, and you might finally think you’ve earned this respite, but it’s not long before The Body smear their twisted noise all over it with a burbling sample that could very well be the demolition of an entire city played backwards through a distortion loop. Lovely.

Closing track ‘Lurking Fear’ also begins as a Thou-centric track, but gradually reduces itself down, stripping away each element until all that remains are plaintive guitars, tumbling drums and the eerie drone of choral vocals. It’s a strangely subdued end to what is mostly a terrifying, claustrophobic experience that will stay with you long after the final notes ring out.


Considering how prolific each seperate element of The Body & Thou are, it’s unlikely that You, Whom I Have Always Hated will be the last we hear from this collective. Whether they continue writing in this vein, or branch off in another musical direction entirely, you can be sure the resultant recordings will be unlike anything else.