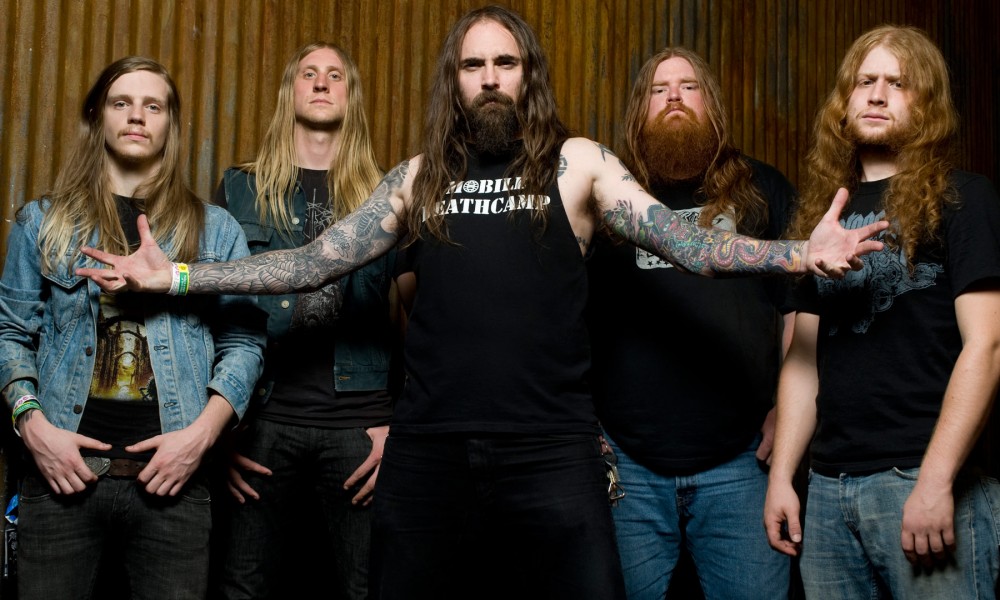 With an election on the way the cry of ‘why vote?’ gets tossed up by the alternatively right thinking or wrong headed person, depending on your point of view. ‘Nothing ever changes, right?’ they say. ‘Those politicians, they’re all the same’. This all feels worryingly close to the bone when examining the not for turning Underworld crowd. Tradition is big on this bill. Skeletonwitch, Goatwhore and relative newbies Mortals are all about it: there are leather waistcoats, metal studs, outrageous guitar solos and gloriously unwashed hair to be seen at all times. What’s really on this bill are metal lifers and the supporters have turned out. Loud and proud. There’s little show of apathy on this sticky Thursday (Thor’s day?) in Camden.

First to address the crowd are Brooklyn three piece Mortals. Amid the dirges, blasts and Black Sabbath there’s colour and even a certain elephantine tunefulness to Mortals black n’ roll.  The aforementioned leather waistcoat gives guitarist Elizabeth Cline a definite Randy Rhoads look. Anyway, stage based mishaps aside – the curse of the bottom of the bill band – there’s a warm and enthusiastic reception to the mixture of walloping grooves and serrated riffs from their Relapse debut 2014’s Cursed to See the Future.

Such is the appreciation of New Orleans scruffers Goatwhore that even their tune up gets a cheer. Good start. Frontman Ben Falgoust has a compelling vocal range from bloody gurgle to shrieking alarm but he also does a neat sideline in air guitar. He lets his fingers fly on the big riffs and whirling solos – loving it like one of the front row fans. Speaking of which, one chap gets a mic thrust in his chops and asked for a scream. “Yeuuuurghh” he squeaks. Good natured laughing ensues as Sammy Duet suggests a lack of scrotal development – “he’ll get there” encourages Falgoust. ‘FBS’, or Fucked by Satan to give the song it’s full title, demonstrates the testicular fortitude of the band and an inkling of a sense of humour amid the rage and darkness of most of the Goatwhore oeuvre.

There’s something wickedly entertaining about shouting “fucked by satan!” at the top of your lungs to deeply heavy punk-metal. Speaking of depth, the band chug as one united force through ‘Cold Earth Consumed in Dying Flesh’ as Falgoust annihilates the “watching our world burn. Behold this death of creation, when heaven and hell collide” line. ‘Judgement of the Bleeding Crown’ from Blood for the Master keeps the speed up but brings in more black metal dynamics aided and abetted by the wrecking machine that is ‘Collapse of its Eternal Worth’ from the same record. The huge riffs of ‘Apocalyptic Havoc’ encourage more air guitar as Goatwhore’s set rages to its frantic conclusion.

In all honesty, the Underworld tonight is Skeletonwitch’s crowd. Everyone is here for the road-dog headliners. Their current singer and resident ball of ceaseless energy, Andy Horn of Cannabis Corpse, cajoles the crowd that he has been pleasantly bantering with at the merch stall into a frenzy. “Would you like to get higher? We just smoked weed through an apple out back.”  That would be the party political broadcast from the extreme fun metal party, then. The band rocket through their now renowned blend of icey black metal and sword in the air epica on ‘To Stand, Fight and Die’ with an intro from Horn that would be fit for an Ultimate Warrior interview.

‘Beneath Dead Leaves’ and ‘Serpents Unleashed’ quickly follow and it’s at this point I should admit that I haven’t really cared for the Ohio quintet in the past as they resembled a sort of joke metal band winking through every cliche but live it all clicks into place. The energy and almost jukebox approach to the heavy metal songbook really works the crowd hard. This is fun.  ‘Crushed Beyond Dust’ orders a prime cut of thrash metal and the crowd opens up a swirling pit in which to receive their bounty. ‘Unending, Everliving’ slows the pace and allows the sweat to soak into everyone clothes before ‘Cleaver of souls’ returns to the maelstrom of riffs then the five piece dig deep for ‘Within My Blood’ from Beneath the Permafrost which takes the show to an abrupt end. In and out, blood everywhere: how very Viking.