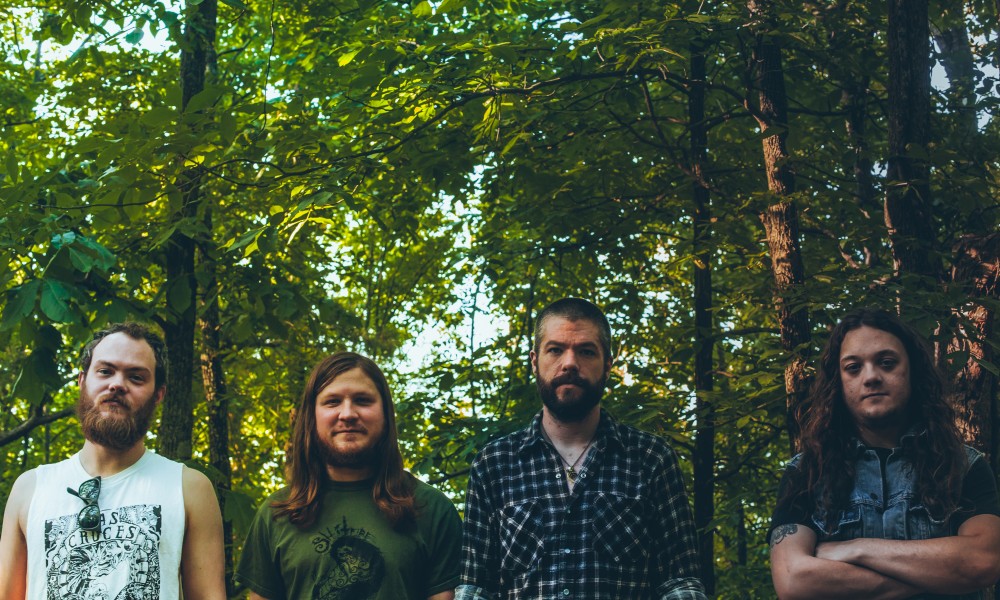 The venue in the basement of the Rainbow, only accessible via the toilets, is a lovely little cave. There’s a cheap bar where you can get happily shitfaced and, if you don’t look where you’re going, could easily stumble onto the stage. You could probably spit from one side to the other.

The place was so rammed on arrival that we couldn’t see Leicesterian (yes that’s a real word) doom trio Gargantua at all – hear them, yes, but couldn’t see a thing. They sounded great though; loads of huge riffs (as you’d expect), but it didn’t feel like anything special just yet. They went down well with the crowd though and have a great name, which is half the battle, and one of them had DOOM embossed on their cab like an absolute fucking legend, which bodes well for them as a band. They’ve been going two and a bit years, and their EP Trippy Wizard is alright but the problem is that while I was watching them, I was waiting for Bast.

That’s not a judgement on Gargantua themselves, who were perfectly good and on any other night would have had my full attention, but the problem is that Bast might be my favourite band. They’re really, really good. Their album Spectres is fantastic, and they were great when they played the Doom All-Dayer at the Asylum in Birmingham last year as tour support for Conan. I don’t know how they do it but the intricate mixture of doom and black metal that they’ve concocted, slipping between the two without much effort multiple times in the same song sounds just as good, if not better, live than it does on record. They’re only a young band but they’ve already got a completely distinct, recognisable style. If they have already acted as main tour support for modern scene icons like Conan and Pallbearer, it’s surely only a matter of time before they head off on their own high profile tour.

Suffice to say, after Bast, expectations were high for Pallbearer, especially given the rapturous acclaim that met last year’s Foundations of Burden, which was placed on many end-of-year lists (41st on ours). They were really good, really heavy, sticking mainly to material from Foundations. It was a confident, masterful performance – they opened with ‘Worlds Apart’, epic first track of Foundations, and the entire set got heavier from there. The newer material complements the older stuff really nicely, making clear that instead of messing with the formula between albums, they’ve just got bigger, better, and heavier, which really came across live and ‘Foundations’ sounded truly epic, shaking the pavement for confused smokers upstairs. In a small room so packed with people, the atmosphere is always better, and while I’m sure Pallbearer will definitely be playing bigger venues when they next tour the UK, it was fantastic to see them in such a sweaty little doom cavern.