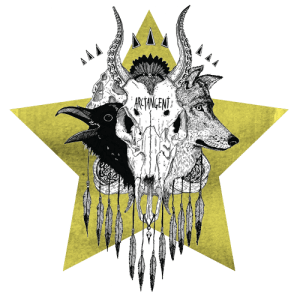 I think it’s fair to say that we love the ArcTanGent line-up with wild abandon, every single year. But given completely free reign over the booking process (as unlikely as that is to ever happen!) which bands would be absolutely must-haves?

Not going to speak for the rest of the band but I think my idea line up would be a mix of last year and this years headliners. I had never seen This Will Destroy You until last years festival and after that experience I could watch them again and again so if you put them on a bill with Dillinger and Deafheaven I would be set. And why not chuck Battles and the re-animated corpse of Adebisi Shank in there for good measure too. Giraffes? Giraffes! would be amazing to see as well but I am beginning to lose hope as to whether they will ever come over to the UK to play some shows. Of course, I would want us to be a part of that line up as well, obviously.

It would be great to see The Omar Rodriguez Lopez Group perform ATG and maybe a big prog band who are still going. Outside of that I think this is looking pretty sharp. Maybe something like: King Crimson/The ORL Group/La Butcherettes/The Dillinger Escape Plan/Rolo Tomassi/Godspeed. I think that would be pretty sound.

Christ, Billy Joel to headline… with us and Vasco Da Gama (RIP) to play as his backing band. Maybe Animals as Leaders would play if I asked nicely enough. I’d probably break the bank for Everything Everything, they could headline if big BJ couldn’t get over.

I honestly think this year’s is pretty much ideal. I did petition the ATG guys to get King Crimson on (as they’re active and touring again) but y’know, you cant have it ALL.