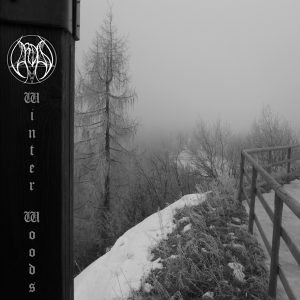 When you find something you are truly passionate about, it is easy to do. I think the more feeling you have for something, you find yourself always going to it. It is almost effortless and your work doesn’t seem like work at all. It is just something you do, like breathing. That is how, I think, Vardan finds it so easy to release album after album of great DSBM.

Vardan is easily the hardest working person in the genre of DSBM. Putting out album after album of the coldest, darkest, and most foreboding black metal I have ever heard. His new release Winter Woods is what I expect from him, track after track is grim. Track after track is the most haunting black metal. Full of emotions, full of absence, and raw.

Winter Woods paints a picture in each of its songs. Using ringing guitars which resonate in a Crimean atmosphere. His vocals are bleak and woeful throughout the whole album. Really, there isn’t much more to say about the album which I can describe in words. Winter Woods, is an album in which the listener must experience for themselves. It is an album in which, I feel, Vardan has truly inputted his whole passion into. Which has made it a pleasure to listen to and a great example of DSBM.

I’m sure as I write this Vardan is working on another album. His endless passion for DSBM is unlimited. I look forward to his future releases. I feel they will continue to be as considerable as this release.