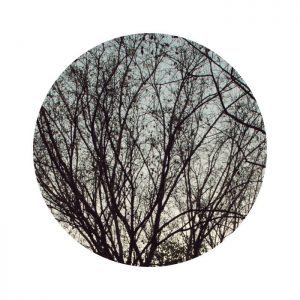 Deadstar is one of those bands that only gets better as time goes by. Some might say he’s a one-trick pony. I’ll be damned if it’s not the best trick I’ve ever heard. Granted, his sound hasn’t changed much from one album to the next, but it’s like looking at a photo album. At the beginning it’s a youngster in clothes his mom picked out for him, to a mature being with a taste all his own. He’s come so far with a unique taste for electronic-infused math rock and field recordings.

In Between Dreams bolts out the gates in “Flowerkid” with finger tapping like a butterfly’s wings, and so many layers it instantly creates beautiful pictures in your head. Every single song on this album is so quick to paint their own unique images, that you forget there’s a gap between tracks. The atmospheres in this album are ineffable.

It’s easy to see why Deadstar is a one-man band; no one could play guitar alongside him as smoothly as the music demands. The guitars interplaying atop a bed of synth tones in “Still Broken” subtly introduce you to what’s coming down the road. The synth becomes much more apparent as time goes on, such as the synchronization with the synth and the bass in “A Dope Trailer Is No Place For A Kitty”. (Also, this is one of the greatest track names I’ve seen in a long while.)

“Sarah” is my absolute favorite on this album, hands down. It’s smooth as silk, dreamy as hell, and I wanna meet the girl that inspired this track if she’s even half as pretty as the song itself.

The second half of In Between Dreams is filled with great examples of Deadstar’s depth as a composer. It’s gone from this bright and mathy album to this deep and somber sound in “Teesta” to loud and well-orchestrated wall of sound in “Blue Caribou” to an intimate field recording of an acoustic guitar playing over some sampling in “Land Mermaid”. This is definitely the better half of the album, and I already adore the first half.

The appropriately named “Downer Ending” is Deadstar’s grand finale with a post-rock track to send things off. If there’s one thing that Post-rock is good at, it’s endings. It may not be a cacophony of twinkly guitars for 12 minutes, but it’s definitely the best way to end an album of “Happy songs about sadness”, as Deadstar describes his album. You can clearly hear the melancholy feeling of it all, and it leaves you in a state of contemplation at its end.

In Between Dreams is wonderfully crafted, the production is impeccable, appropriate instrumentation throughout and it is nothing but superb. It’s quickly landed itself a place on my shortlist of 2015’s best albums.