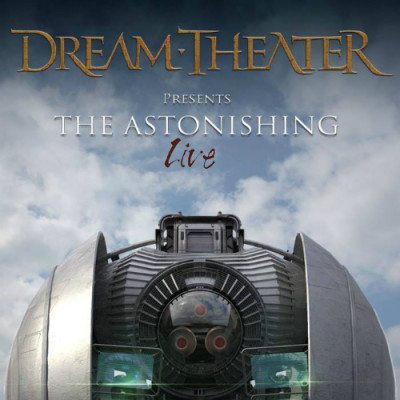 To my non-metalhead friends and family, the idea of me going to see a band at the London Palladium is either ridiculous, hilarious or both. However not only was that exactly what I ended up doing, I didn’t even consider it to be a particularly strange thing for me to do. After all, as I continually explained, Dream Theater are exactly the kind of band for whom performing at one of London’s most prestigious theatres actually kind of makes sense. What’s more, having already seen Opeth at the Theatre Royal Drury Lane back in October and with Ghost at the London Palladium on my horizon, the seemingly strange concept of going to a posh theatre to see a metal band really doesn’t seem so strange to me anymore. Dream Theater in particular actually seem to take to this better than they do a “normal” gig in my view, and they already have a wealth of experience behind them going into 2016 with their renowned ‘Evening with Dream Theater’ performances. Nevertheless, partly thanks to the setting but also because I knew that they were going be performing an album I had not actually heard before, I was still somewhat apprehensive going into the evening about what kind of performance we were going to get. But as it turned out, my apprehension was very much unfounded.

The combination of this uncertainly plus the hour-long wait between the doors opening and the show starting makes it a bit of a relief more than anything else when Dream Theater, minus James LaBrie, finally did take to the stage; though the fact that it starts off with two instrumental tracks helps to build tension and proves to be a great indication of what was to come. Eventually the frontman did charge onto the stage for ‘The Gift of Music’. One of only two songs to have been released prior to the album, it was definitely the song to get things going properly and by the time that the unusually short 4 minute single was complete, it was clear to me that we were in for a real treat. Every member of the band was on form throughout the evening – even LaBrie, whose temperamental performances have earned him a fair amount of criticism in the past, gave certainly the most accomplished vocal display I’ve seen him give in four times of seeing Dream Theater. The man who really stood out though was guitarist John Petrucci. Not only is he the one responsible for most of the writing of The Astonishing spectacle that we witnessed, but his performance on the night was simply majestic; pulling off a variety of different techniques with aplomb. His seemingly effortless guitar playing definitely draws the eyes of the crowd for most of the evening, but really it is a triumph for the whole band that they can keep the crowd’s attention throughout the majority of a relatively unenergetic performance through sheer musicianship.

There was a period towards the end of the first act however, where the audience’s attention was clearly starting to wane as they had been sat around for a little too long and a point had been reached in the album where most of the songs are very similar – all starting with a slow keyboard intro (although it must be said that keyboardist Jordan Rudess was the other key performer of the evening alongside Petrucci) followed by a sudden build before moving into the main bulk of the song, which would usually follow a similar sort of formula. Having said that, a few gems such as ‘Ravenskill’ and ‘Road to Revolution’ (the final song of the act, which earned the first of a few standing ovations) did stand out as songs, which garnered a very enthusiastic response from the audience. The feeling that the first act was going on too long wasn’t helped by the most persistent problem I felt the performance encountered, which was that even though it was more like watching a piece of theatre than a standard gig, the theatrical aspects simply weren’t that great. Other than the band, the only thing the audience had to focus on were these five large screens behind them that were supposed to help tell the story; which they did to some extent, but the limited actions that the CGI characters on screen were able to make did not really give a great deal of clarification despite it looking pretty spectacular in certain scenes. Add this to the fact that it’s basically impossible to follow lyrics perfectly at the best of times, never mind during a live performance where on more than one occasion the vocals got slightly drowned out by the drums, and it really did make it impossible to follow the storyline unless you already knew it well beforehand. Normally this wouldn’t really matter, but in this specific setting it did detract from the overall effect, in my view.

The break between the acts was somewhat needed therefore and the positioning of the second of the songs released prior to the albums, ‘Moment of Betrayal’, was definitely to the performance’s benefit because as good an album as The Astonishing is, there are few stand-alone songs in it, but this is one of them. The crowd was therefore woken up a bit again and the shorter and more varied nature of the second act helped maintain this momentum until the end. It really is the end of the show which really stands out in my mind though, with the inspirational ‘Our New World’ getting the entire audience bar none to their feet throughout the song. And there they would stay for the eponymous final song of the show, which neatly rounded off the whole spectacle. And a spectacle it was too. It definitely felt much more like I was watching a piece of theatre or a work of art than going to a metal gig. In fact, all-in-all this probably was the least metal metal gig I’ve ever been to (certain members of the audience looked positively lost in this unfamiliar setting); but that really wasn’t such a bad thing. Dream Theater really are the best band I could think of to pull this off, and if nothing else it was nice for this avid gig-goer to witness something which changed the formula a little bit and gave me something a little different to experience. Obviously this sort of thing is an acquired taste, but then the same could definitely be said of Dream Theater in general, and I certainly think that this show would have been somewhat wasted on someone who wasn’t already a committed fan (not least because of the fact that all of their best songs from the previous 30 years were left out so as to only perform The Astonishing in its entirety). It’s not the best show I’ve ever seen. In fact, it’s probably not the best Dream Theater show I’ve ever seen. But it’s nonetheless one which will resonate with me for some time to come and one which has cemented Dream Theater in my mind as the best band going at the moment.