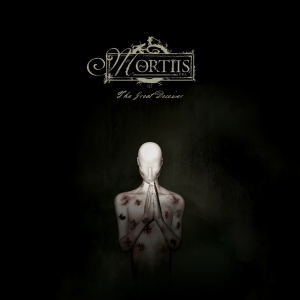 Released on March 4, 2016 via Omnipresence Productions

An artist generally best known for dressing like a goblin and (supposedly) living in cave than his actual musical output Mortiis has returned after a self-imposed five year exile with a new album The Great Deceiver.

Underneath this comical persona the man known by his mother as Håvard Ellefsen has always had an uncanny knack of pumping out accessible commercial industrial tunes and this is no exception, although here he has traded in the overt synth heavy electronica for a more straight forwarded metallic song structure.

‘The Great Leap’ instantly jumps into action with hurtling industrial guitars, d’n’b style drumming and shouted vocals, there are a couple of delightful bass intermissions near the beginning and end that are 100% pure groove. This is followed by the swaggering rock n roll of ‘The Ugly Truth’, however what both tracks lack is a memorable chorus, which is thankfully what ‘Doppelganger’ brings to the party along with familiar electronica elements bubbling away underneath the metallic sheen.

The song structure is relentless and intense in its single minded vision, but is a double edge sword as the repetitive nature sometimes loses its allure state towards the end of each track.

After this opening salvo the rest of the album is pretty much industrial karaoke as the songs become heavily inspired by other classic artist, such as the dance floor groove of Rob Zombie in ‘Demons are Back’, the piano chords and fuzzy guitar approach ripped direct from NIN playbook in ‘Bleed Like You’, the full throttle aggression of Ministry in ‘Scalding the Burnt’ or the drum n bass vibes of Pitchshifter in ‘Feed the Greed’ as just a few examples.

All performed with precision, but does make you pine for the original artists. Saying that they are redeemed by a few ideas of their own scattered amongst this, the most eye opening being the slow gothic acoustic groove of ‘Hard to Believe’ (even if he is channeling his best Wednesday 13 impression in the verse), the funky 80’s post punk/techno vibe of ‘Road To Ruin’ and the electro club banger of ‘Too Little Too Late’.

While it may seem derivative and unfocused, but if treated as a ‘best of industrial’ mix tape it is a hell of a lot of fun.