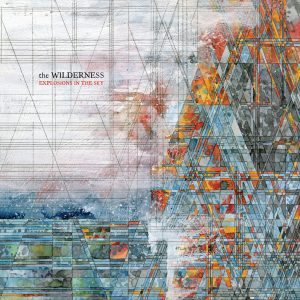 Released on April 1, 2016 via Superball Music

Explosions In The Sky. What more is there to say about this band? Bringing up the name alone should already create an idea in your head, and that idea is remarkably different for everyone. They’ve been around for so long now that even your age will make a large difference in what comes to mind when you hear that name. For me, I was introduced to them by a friend back in 2008, a little after they released All of a Sudden, I Miss Everyone. It was everything I was looking for, musically. I had been listening to a lot of shoegaze, various types of metal, and even classical, looking for something instrumental that was exciting as the rock I used to listen to. I eventually saw them play live during their Take Care, Take Care, Take Care tour (On September 11th, mind you. The sign said ‘Explosions in the Sky, 9/11. You can imagine how some might be upset about that.) and it was a night I won’t ever forget.

Explosions In The Sky has definitely been on a pretty unsteady path these past few years. I remember everyone getting so excited about Prince Avalanche, myself included. As soon as it was available to download, I was all over it, I even pre-ordered the special edition vinyl. As soon as I was done listening to it, I ended up selling my vinyl shortly thereafter. I didn’t even bother trying to buy the Lone Survivor or Manglehorn soundtracks. I just streamed them and became equally disappointed. At least I saved my money that time around.

When I heard rumour that they were in the studio again, I would be lying if I said I had high hopes. I saw the little videos on Facebook and all, but it didn’t do anything for my cynicism. Eventually I heard the single ‘Disintegration Anxiety’ and my expectations were flipped. This didn’t sound like stereotypical Explosions In The Sky. This didn’t sound like any of the side projects, either. It was new, and that excited me and my ears.

I waited for weeks and weeks until I could get my hands on a promotional copy of The Wilderness and I was practically dancing when I got the message with that attachment. Right away I plugged my phone into my car and put it on.

The first track ‘Wilderness’ begins with what I was looking forward to; Electronics infused with their signature sound, adding a new twist on a post-rock classic. You can still hear the multiple layers of guitars over the steady-as-a-rock drums we’ve all come to expect from them. The album continues to create more soundscapes with a pleasing mixture of electronic and analog instruments with every song.

There are a couple of tracks that sound like a Take Care b-side, right down to the build-up and tonality heard throughout the pieces. For all I know, that could be exactly the case, and it wouldn’t surprise me one bit. Even the clapping in the background of ‘Tangled Formations’ reminds me of Take Care, Take Care, Take Care. I really wanted something new from this band, and this song is just one indicator that you can’t teach an old post-rock band new tricks. There are some instances where they sound like they were aiming for the lush soundscapes and heavy ambience of Take Care but they overshot it and landed someplace incohesive and confusing. I know it matches the title in ‘Logic of a Dream’ but it doesn’t make it any more listenable.

Outside of these few missteps, I found myself liking the majority of this album, especially the ‘Disintegration Anxiety’ single. If I could have more tracks like that, I would be listening to them just as much as I did back in 2008-2012. This was an earnest attempt to renew their sound, and they did exactly that. I just don’t think I care for what happened to their sound. The album as a whole is done remarkably well, and I applaud their efforts. Overall, this has been one heck of an emotional roller coaster, and for now I’ve got to get off of it before I lose my lunch. I’m sure I’ll come back again to take it for another spin every now and again, and I will most certainly enjoy it.