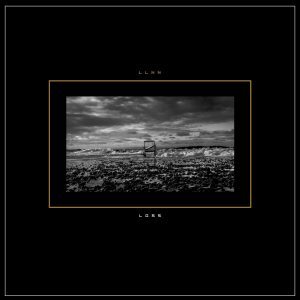 Loss is an album by the band LLNN, from Copenhagen, Denmark. It will be released on Pelagic Records June 17th.

The overall mood of Loss is pretty bleak. It’s a series of woeful monologues, set in a dissonant musical landscape; a barrage of drums, guitars, screams, and synths. The mood of the music is probably familiar, no doubt, but there are a couple of things that I think make LLNN deserving of your attention.

The opening to ‘Rapture’ betrays the listener by offering something that sounds familiar in the post-metal/post-hardcore genres. Granted, it’s a good opening – but it’s not something that grabs. It’s not until I heard the words “With a barrel aimed at the temple I sleep through the night” that I got interested. But immediately after this part (the chorus?) the song turns toward the meaner, heavier aspects and drives a series of downbeats really hard. Added to that is a cacophony of noise, ringing cymbals, and screams: “The tide is coming, let go!”. A brief departure follows, that brings the blood pressure down – but ‘Rapture’ returns to a head pounding rhythm and finishes strong.

‘Monolith’ begins in a fashion worthy of its namesake and seems to continue some of the mood already conveyed in ‘Rapture’. While I hear differences in the music, I am hearing a similarity in overall feeling or theme. It’s not a big deal, but ‘Monolith’ sounds like it could be part of ‘Rapture’. There are some massive parts in this song – a crushing downbeat assault, accompanied by huge synth pads that wash over the whole miasma. It’s in this song that I’ve decided the vocals are perfect – they sound like a man (or men) who are delivering their lyrics from a place of sincerity. Honest, frustrated, and pure. The final words of this song are “Burn it down” and the rhythm section thunders to a brief, but fierce, crescendo.

The title track begins with a familiar arrangement, but it’s also the motif or theme of the entire song. The lyrics are powerful and the delivery is great. And while the beginning is slow, the song builds to a wonderful climax 2/3 of the way through. It’s a whirlwind of heavy riffs, synths, and noise. The end of the song is powerful and trails out in an unexpected way, with clean vocals accompanying a solo distorted guitar. Simple and unexpected. The first impression of this song is that it’s too simple, but I think this is the first track that I consider complete. There are new elements offered in regard to noise and synths. An interesting juxtapose to the familiarity of the riffs – and there’s a lot of familiarity in this track. However, there are parts that do grab on and keep me interested. Like when a familiar food is prepared with a spice you’re not used to and, despite having it many times, you are seduced by it. It’s subtle.

I think ‘Depths’ is the best part of this release. I feel like this was the ideal song to leave at the end. It begins with noise and goes immediately into the song without an intro. The main riff is probably the strongest on the entire release. It’s powerful and isn’t a quick repeat. There’s emotion in it. While there’s heaviness to this song, it’s more in the subject matter of the lyrics and the mood. The middle of the song is a soliloquy with tasteful noise and synth as a backdrop. It shortly returns to the main riff. They could play this riff for 20 minutes and I’d be happy. The main portion of the lyrics that I now have going through my head are “You are free from my aimless dreams to focus on the schedules and plans that doesn’t have room for someone like me”.  I mean this shit really hit home for me – which is what identifies heavy music to me. I feel like I could go on, but I’ll keep to my original point that this is the best track on the release and a fine send off to ‘Voyager’, a synth/noise outro.

So to be critical, aside from what I consider to be the growth and maturity of the music as the songs progressed, I’d have to say that there is simply not enough bass frequency in the mix. I can hear the bass but I can’t feel it. It doesn’t fill up enough space and leaves a lot of good parts feeling thin. With so much going on with synth, noise, guitars, and the drums, there needs to be more bass to keep it all together. The drums are mixed pretty strong, too. I get the impression this gent hits hard, and that’s great, but perhaps backing off of the drums and filling in with bass would be a good idea. Also, I did feel like the opening songs had a lot of similarity to them. I’m not sure if that’s by design or not, but it caused the first three songs to run together without much distinction.

Overall, I really, really like Loss. It’s a depressing, heavy album that reminds me of when I was growing into a man; questioning everything from my parents, my friends, and the whole world that I was coming into. Lots of frustration and alienation run through the lyrics and I think the music does a fine job of supporting them. Despite the lack of bass (to my liking), the production is done very well and doesn’t buff out the grittiness of the band’s delivery. The synth work is straight out of old Sci-Fi movies. Great textures and moods. Loss has a raw, vulnerable presentation that feels like new skin exposed to sunlight. But even when covered, the sun still finds it and burns.

Give Loss some time to get acquainted with. While a first impression may lose your interest (catch that?), it will reward those who give it attention. LLNN have put together a terrific album and I’m going to be humming ‘Depths’ for days. I definitely recommend it.